Chile’s copper exports down 24% in July 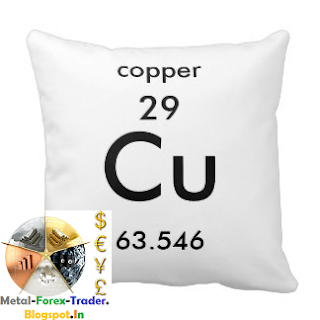 The latest statistics released by Chile’s central bank suggests significant drop in copper exports by the country during the month of July this year. Chile’s copper exports plunged nearly 24% year-on-year. The value of exports amounted to $2.398 billion during the month in comparison with the value of $3.171 billion during the same month a year before.
The sharp plunge in copper prices led to decline in copper exports by the country. The copper prices averaged at $2.48 per lb during July this year, almost 23% down when compared with $3.22 per lb during July 2014. The exports of cathode during the month dropped by nearly 19% to $1.102 billion, whereas the concentrate exports plunged heavily by 23% to $1.023 billion.
The cumulative copper exports by Chile during the initial seven-month period of the year amounted to $19.352 billion, down by 13% when compared with the previous year. The copper exports during January to July last year had totaled $22.244 billion. Exports of cathode dropped by 16% year-on-year to $8.796 billion, whereas those of concentrate declined by 6% to $8.898 billion.
The copper production by Chile is expected to total 5.8 million mt during the entire year 2015. Incidentally, Chile is the world’s largest copper producing nation.
Meantime, a report recently published by the Chilean Copper Commission (Cochilco) states that lack of up-to-date technology could lead to sharp decline in country’s copper production after 2025. According to the report, Chile may increase its copper output to almost 10 million mt by 2025, but several factors could lead to decline in output thereafter. The lack of new discoveries and complication in expansion of existing mines are cited as the key reasons behind the projected fall in copper output by Chile.
Posted by Unknown at 12:52 PM