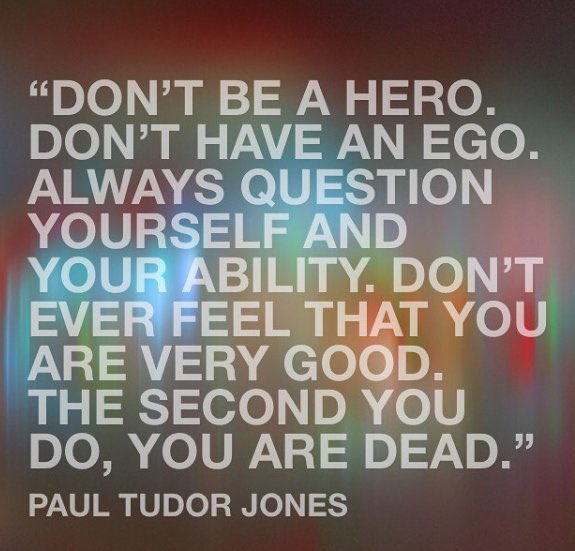 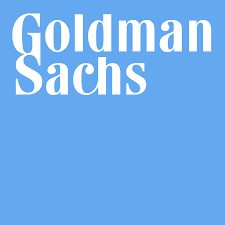 You Can Buy This Book @ Rs 509 By Clicking On The Picture.
More about James Rickards Click HERE
Posted by Unknown at 8:32 AM No comments:

You Can Buy This Book @ Rs 509 By Clicking On The Picture.

Gold extended losses down over 4% this Week.  It fell to 16 week lows, possibly due to slightly weaker physical demand in top buyer China and technical selling.
In China, gold premiums ticked slightly higher to $2 to $3 per ounce. They have remained roughly the same since before the price drop, which suggests demand in China has not picked up on the price falls.
We are bearish in the short term and technically, gold is vulnerable to further falls. Potentially to test what appears to be a double bottom between $1,180/oz and $1,200/oz. Gold is particularly vulnerable in the very short term.

More about James Rickards Click HERE In Video Chat with Mr Greg Hunter.
Posted by Unknown at 1:31 AM No comments: 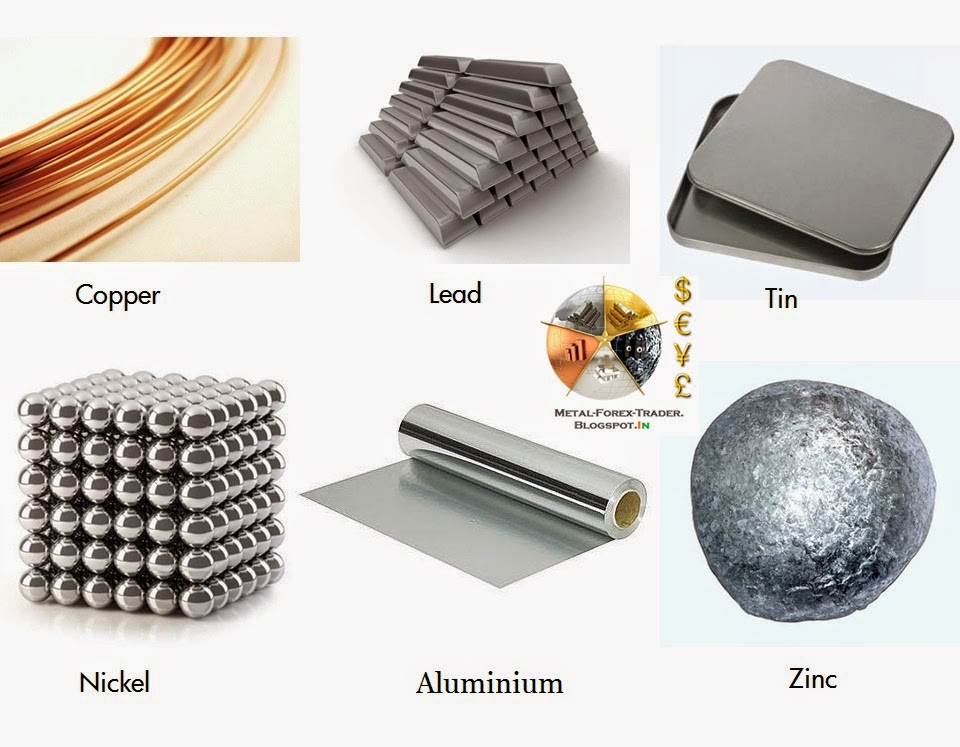 The following is an excerpt from monthly market overview for May 2014, written by Edward Meir, Indepent Commodity Consultant with INTL FCStone Inc.

Having called for the demise of the hype/hope growth stocks, biotech, and social media schemes at the end of 2013, Marc Faber believes the weakness in those sectors is a signal of things to come (and that the so-called "rotation" to quality stocks is fallacious in the medium-term).

Faber carefully notes that the size of markets allows some stocks to move up as others move down and so the overall market "looks" ok, but warns "we have already had a big break in parts of the market... but we haven't had the big break in the overall market," adding that "it's too late to buy the US stock market," confirming what we noted about Jeremy Grantham's dismal outlook for US equities in the medium-term (and how and when the bubble bursts).

Simply out, given yields around the world and the fundamentals, "individual investors have excessively optimistic expectations about their future returns," which is terrible news for the record amounts of Greater Fools piling in as professionals pile out. 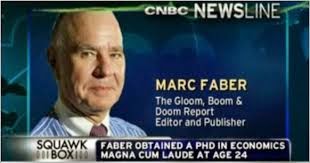 Posted by Unknown at 1:38 PM No comments: 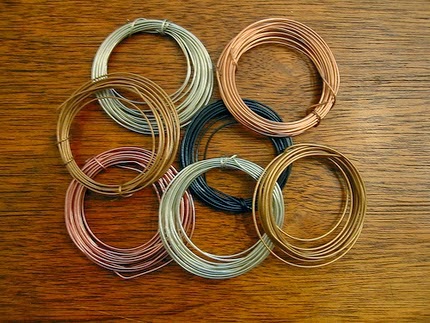 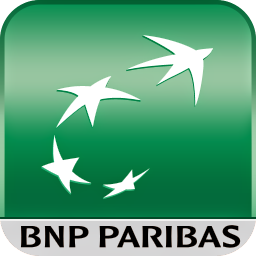 BNP Paribas is reiterating its position favoring lead, tin and zinc over copper in the base-metals complex. The bank points out copper fell to its forecast of $6,500 as metric ton even sooner than it expected. BNP Paribas says it still looks for the copper market to move into a “material but far from catastrophic” supply surplus in 2014-15. The bank says it still has a positive view on demand, looking for growth of more than 10% over the next two years. However, the bank also looks for world mine production to rise by about 10% over 2014-15, with refined production outpacing mine output.

The bank says a copper rally above $7,000 likely would present a selling opportunity. “But we do not believe the fundamentals warrant a decline below $6,000/t, either in the short term or in 2015, when the market will begin to look to the increasingly positive medium-term story,” says metals strategist Stephen Briggs.

“Our preferred trading recommendation remains: short copper versus long a basket of lead, tin and zinc. The price ratios have already come a long way, but we expect copper/zinc and copper/lead both to eventually reach 2.5:1, with tin/copper at 4:1.”
Posted by Unknown at 10:06 AM No comments:

Supply and demand key to base metals success: Adam Low

Adam Low of Raymond James believes that the outlook is excellent for zinc, good for copper and neutral for iron ore. In this interview with The Gold Report, he argues that it comes down to supply and demand. Copper supply may soon lag demand, and zinc demand, which is increasing steadily, will soon face a 10% decline in supply.
The Gold Report: Your 2014 prognosis for industrial metals is largely positive, correct?
Adam Low: Yes, although our view is not universal. We are most positive on copper and zinc, somewhat less enthusiastic about nickel. We're fairly neutral on iron ore, although we do expect a bit of softening in iron ore prices.
TGR: Why do you like zinc?
AL: We are starting to see fundamental changes occurring in the market. This is a supply story. Zinc has been an unloved metal for decades. As a result, there has been very little investment, which means that six major mines in operation for decades have or will soon end production.
The first two, in Canada, closed in 2013. The next major shut down, scheduled for mid-2015, is MMG Inc.'s (1208:HK) Century mine in Australia, the world's second-largest zinc mine.
TGR: How much global supply will be lost as a result?
AL: About 10%.
TGR: So prices will rise?
AL: Yes. Visible inventories on the London Metals Exchange, as well as on the Shanghai Futures Exchange, are down about 30% over the last year. And zinc demand is increasing steadily. There are some suggestions that we have a small zinc deficit already.
TGR: What are the supply and demand fundamentals in copper?
AL: I'd characterize the copper market as being infected with "short-termism." Mine supply grew quite spectacularly in 2013: between 6% and 7%. How sustainable is that growth? In a couple of years, we could easily have the same problem we had a decade ago, when mine supply lagged behind demand.
TGR: Why would this happen?
AL: One-third of global copper supply comes from Chile. This country is increasingly constrained by power and water supplies; labor rates are rising as well. Chile's state-owned copper enterprise, the Corporación Nacional del Cobre de Chile (CODELCO), produces about one-tenth of global copper, and it requires something on the order of $20–27 billion ($20–27B) in reinvestment over the next five or six years in order to maintain both current production and grow its production base. That will be quite difficult.
TGR: Why are you less enthusiastic about nickel?
AL: In the long term, we remain skeptical about that market. Indonesia, one of the world's largest nickel miners, has implemented a ban on exports of raw ore, which curtailed a major source of global supply. Nevertheless, nickel has abundant visible inventories. It also has growing supply from long-beleaguered laterite projects now finally coming to fruition: Ambatovy, Koniambo and Onça Puma.
TGR: Why are iron ore prices softening?
AL: We expect supply growth from mines to outweigh demand growth, particularly as major mines start up in Australia and Brazil. At current prices, the industry is making phenomenal margins, more than 100%. At lower prices, companies at the high end of the cost curve will struggle, but the others should continue to do very well.
TGR: To what extent are higher base metal prices dependent on positive global economic news?
AL: Growth is a key factor. The U.S. economy appears to have improved, although I'm a little bit skeptical about just how robust or sustainable this growth is, especially now that the Federal Reserve has decided to reduce its bond buying.
TGR: How do you view the short-term economic prospects of China and Europe?
AL: In Europe, the latest purchasing manufacturers' index is at its best since 2011. We are beginning to see some resurgence from some of the weakest economies, such as Greece. And Germany still looks good. Even so, I don't think we can count on Europe being the key driver for world economic growth quite yet.
TGR: And China?
AL: China is still growing and from a larger base. So while its relative growth may be less impressive than it was, its absolute growth is still quite extraordinary. Any industrialized Western nation would be incredibly envious of "only" 6–7% GDP growth per year.
TGR: There is a growing concern that the equities markets are overheated, particularly with the Fed tapering quantitative easing. If there is a significant correction, will base metals equities follow suit, or could we see instead a flight to safety in metals?
AL: If there is a significant correction, we could see base metals equities follow suit, even though they didn't enjoy the upside the rest of the market did. In the longer term, the widening gap between the growing demand and the dwindling supply of many base metals should spark a resurgence of investor interest in this sector.
TGR: Will base metals equities continue to lag prices in 2014?
AL: This trend should begin to correct. Base metals prices have been quite steady over the last year despite headlines that have generated fear and volatility. This steady price environment should provide investors with greater comfort about metals prices, which should, in turn, lead to greater confidence in investing in the equities.
Posted by Unknown at 4:15 PM No comments:

Some investors are switching long zinc positions to lead on the view that others got the timing wrong on when zinc would feel the impact of dwindling mine supplies, analysts say.
The increasing scarcity of immediate supply for lead and the more plentiful spot market for zinc - the best performing industrial metal of 2013 - is showing up in near-term forward curves of the metals, moving in opposite directions.
"We think the zinc story is reasonably strong but we don't think it's a 2014 story," Hermes Fund Managers' metals analyst Joseph Murphy said.
Spread and ratio trades between the two metals, often found in the same mines, is a top play among investors and traders.
They piled into zinc last year, betting on shortages from big operations such as Australia's Century mine, the world's No. 3. The mine, owned by China's MMG Ltd , is due to see output drop this year and run out of ore in mid-2015.
"Fundamentally zinc is improving, but over a longer time frame. Lead has more solid fundamentals now," Standard Bank analyst Leon Westgate said. "Lead should outperform zinc by some margin (in the coming weeks)."
Lead usually sees more demand in the winter as car batteries often go dead in cold weather and need to be replaced.
"We have a moderately constructive outlook for lead heading into 2014 a function of healthy auto sales growth in the U.S. and China, higher industrial battery demand growth in China, ongoing mine production challenges and flat Chinese refined lead production," Deutsche Bank analyst Grant Sporre said in a note.
Cash zinc had been at a premium to the three month contract of $9.50 a tonne at the start of the year, indicating shortages, but this has flipped to a discount of $13.60.
Lead, by contrast, has trimmed its cash-three month discount to $14.39 a tonne from $28.50 at the start of 2014.
The broader supply-demand balances also favour lead.
"There's been quite a lot of interest ... in putting the spread trade back on where you are long the lead leg and short the zinc leg," Hermes Fund Managers' Murphy said.
"We think zinc is overpriced at current levels and we expect it to underperform, particularly against the likes of lead over the next few weeks," he said.
The gap between the price of the two metals narrowed to $87 on Jan. 9 from nearly $200 a month earlier as cheaper zinc moved closer to lead, but it has since moved back to about $150.
Murphy is targeting the spread to move to $170-$180, not to the widest gaps of last year of over $200.
The price of benchmark zinc on the London Metal Exchange gained 12 percent from late November to last Wednesday, but has since shed more than 4 percent.
The lead market is expected to have a deficit of 22,000 tonnes by the end of this year, deepening to 51,000 tonnes in 2015, according to consensus forecasts of analysts polled by Reuters.
Zinc, on the other hand, is forecast to have a 96,000 tonne surplus this year, narrowing to 17,500 tonnes in 2015.
Posted by Unknown at 1:10 PM No comments: