Dollar knocks gold price back below $1,200 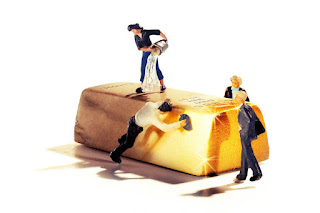 Large scale speculators in gold futures sharply reduced bets on a rising price as the metal is once again rebuffed at the $1,200 an ounce level.
On Monday gold for delivery in August – the most active futures contract – raced out of the gate to reach a day high of $1,205 only to fall back just below Friday's closing price at $1,189.20
Gold has been hovering either side of $1,200 for the best part of three months, but has not been able to break higher, stymied by a strong dollar.
The greenback was trending higher on Monday with the US dollar index reaching a month high against major world currencies.
The dollar is up 21% in value over the past year and is trading near 12-year highs against the yen and multi-year highs against the euro. The euro and the dollar usually move in opposite directions.
As gold retreated further from 3-month highs hit mid-May large investors on the gold futures like hedge funds or so-called "managed money" last week slashed their bullish positions.
In the week to May 26 according to the Commodity Futures Trading Commission's weekly Commitment of Traders data, hedge funds added to short positions – bets that prices are declining – and at the same time slashed their long positions.
On a net basis hedge funds are now long 7.3 million ounces down 16% from last week, nearly 10 million ounces below levels hit in January this year, but still well off the 3.1 million ounces position held mid-March.
Posted by Unknown at 10:10 AM