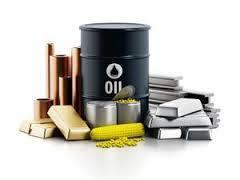 While commodity prices fell 0.3% in February and 25% year-over-year, the second half of the month saw the beginning of a price rally that is expected to continue throughout 2016, according to Scotiabank’s commodity price index released March 29.
As China’s economy has become less of a concern and the U.S. dollar has grown weaker, the outlook for commodity prices has improved. In March, prices are expected to see a “significant” rally, according to the index, from a decade low.
“Equally important, hedge and investment funds appear to be looking for reasons to bid commodity prices higher, after the rout of recent years,” said Scotiabank’s vice-president of economics and commodity market specialist Patricia Mohr.
“2016 should be a transition year for commodity prices, with the current slowdown in global capital spending in oil and gas and mining setting the stage for a strong rebound going into the next decade.” 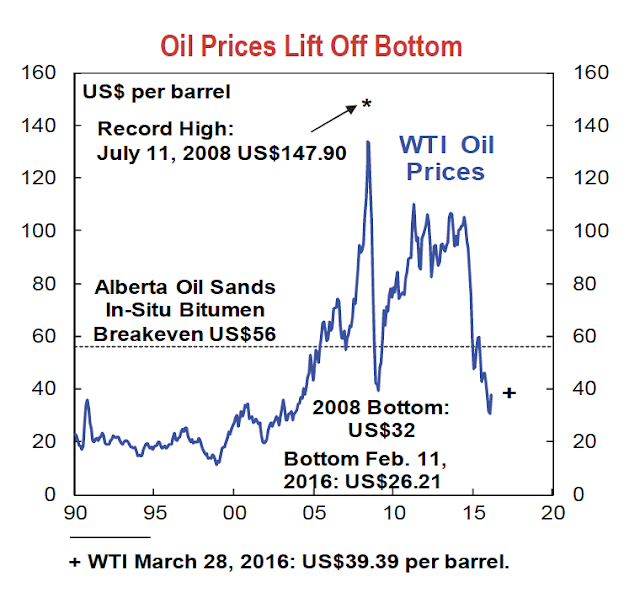 The 0.3% dip was driven by a 7.4% decrease in the oil and gas index, which has fallen almost 50% year-over-year. West Texas Intermediate (WTI) hit a low February 11, reaching US$26.21. This is down from a high of $147.90 in July 2008, which was right before the price plummeted and hit as low as $32 that same year.
As of March 28, WTI was priced at US$39.39 per barrel, an increase of 50% over the price recorded six weeks prior.
The recent rally relates to the increasing likelihood of a production freeze between OPEC and Russia, which will be the subject of an April 17 meeting in Doha.
“While cuts are not in the cards and Iran will not participate, a ‘freezing’ of production—particularly by Saudi Arabia and Iraq—will contribute to a gradual rebalancing of world supply with demand by late 2016 or early 2017,” Scotiabank said in its report.
“Pipeline sabotage and outages in northern Iraq and Nigeria contributed to firmer prices in February.”
The metal and mineral index grew 1.4% in February, and March is expected to see another increase. One reason for the rally is the rebound in prices for some metals, as demand is increasing above supply. Zinc prices are expected to strengthen as demand grows 3.6% this year due to increasing auto sales and production, construction in Europe and infrastructure spending in China and India. Iron prices have also jumped in advance of China’s peak construction period in April and May.
Posted by Unknown at 11:15 AM