World Bank: China to overtake US as biggest economy THIS YEAR 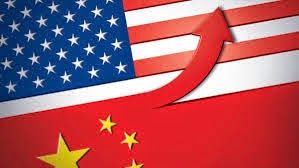 A new study by the World Bank predicts that the US will lose its status as the world's largest economy later this year.
Previous studies forecast the US will only lose the top spot – which it took from the United Kingdom in 1872 – at the end of this decade at the soonest.
The report by the International Comparison Program at the World Bank estimates total economic output between countries by using purchasing power parity or PPP which takes into account the relative costs of goods and services and inflation rates, rather than simply using volatile exchange rates which give you nominal GDP figures.
The World Bank's updated methodology for PPP indicates that the gap of $3.4 trillion in 2012 (on a nominal basis that gap was closer to $8 trillion) has now shrunk dramatically.
In 2005, the ICP estimated China’s economy was less than half the size of the US, accounting for only 43.1% of the US total. That proportion grew to 86.9% in 2011.
That gap should disappear this year thanks to the rapid growth in China where the economy is thought to have grown roughly 24% since 2011 while the US economy's expected expansion through 2014 is pegged at less than 8%.
The new methodology also paints a very different picture of India, which leaps from 10th place in 2005 at 19% of the US size to 37% and 3rd in 2011, relegating Japan to fourth place. 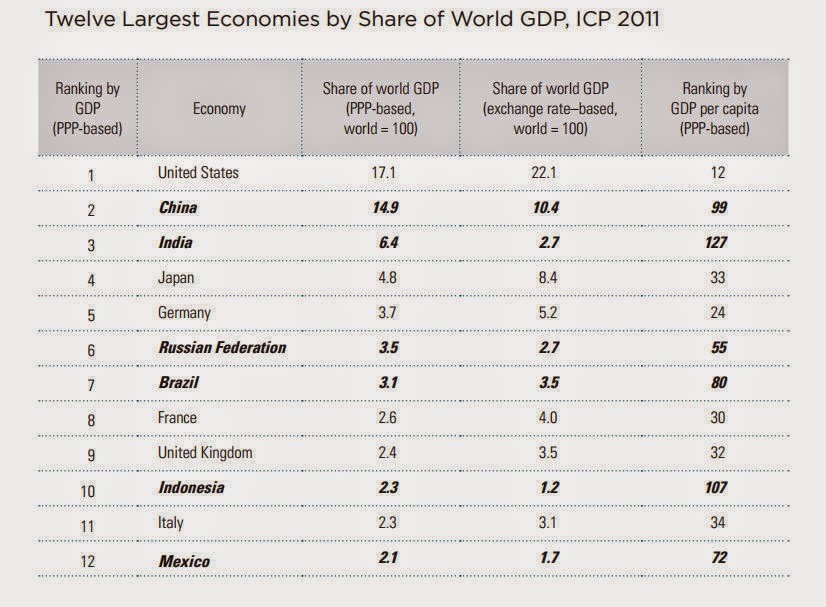 Of course absolute size only tells part of the story. On a per capita basis, the gap between the developed economies and newly minted GDP giants remain wide: