US Mint screws up with the rise in zinc price 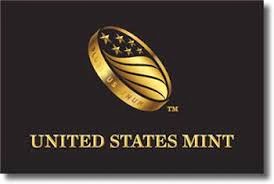 The price value of zinc exceeded the highest value point; which was in the year 2009, in the first better half of this year. The main reason behind this unexpected rise in the metal is stated to be the increase of global demand over the global production. The squeeze further tightens as the US Mint boosts its production to 7.5 billion pennies this year, which is a 14 percent increase and will require more than 18,000 metric tons of zinc for the production.
Zinc has grown to become an essential element in our day to day life, and is being used in manufacturing most of the commodities starting from coins to sunscreen, where as in the US economy, the price of this metal is climbing up. The new production of the metal is at the  moment is not possible as many of the old mines have been shut down and hence the global manufacturing gains momentum. All the plannings of US Mint to cut the cost of production by increasing productivity, has been shattered by the rise in the zinc price, a former director of  the US Mint, Philip Diehl.
Diehl also stated that, even though the Mint could be made efficient, it could only get that far, the officials have come to the maximum limit as they could. He further stated that, as long as the price of raw material continues to go up nothing could be done to decrease the production cost.
The price of zinc has risen up to 2,265 dollars per ton this year in the London Metal exchange, whereas the global demand for zinc has increased to 248,000 tons.
Posted by Unknown at 7:34 AM