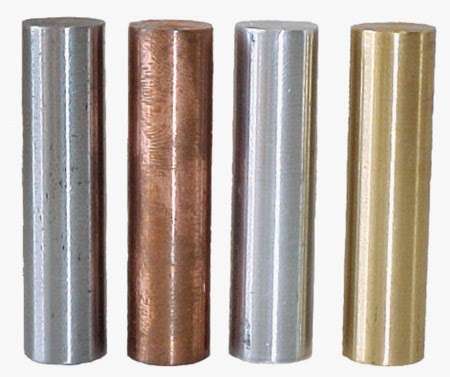 China's copper imports in February totalled 280,000 tonnes, down by nearly a third from January and the worst drop since 2011.
Customs data also showed imports of iron ore dropped 13.5% to just under 68 million tonnes in February although compared to a year ago there was a gain of 11%.
Coal imports tumbled 9% at 15.26 million tonnes and is down by a third year-on-year.
While seasonal factors played a role in the magnitude of the declines, the "new normal" of slower growth rates in China will continue to put downward pressure on commodity prices says Morgan Stanley in a new research report.

Bloomberg Business reports the investment bank has slashed its forecast across a range of metals and minerals with nickel estimates taking the worst drubbing:
“With only months left before the mid-year peak in sales of commodity-intensive goods, time is running out for China to support commodity prices in 2015,” the Morgan Stanley analysts wrote in the report. "Instead of delivering its reliable first-quarter seasonal expansion in trade, China’s metal processing industry remains dormant.”
Morgan Stanley new forecast for the nickel price is 19% below its previous estimates for the year at $16,094 a tonne, which is still sharply higher than today's ruling price of $14,175.
The bank cut its 2016 outlook for copper by 14% to $6,283 a tonne on the back of a global copper surplus of some 230,000 tonnes, compared with a balanced market last year.
Copper held onto its recent gains trading at a three-month high above $6,000 on Tuesday despite news of operations at the Grasberg mine in Indonesia returning to normal after a 5-day blockade by workers that lifted the price.
The bank's 2015 forecast for iron ore was brought into line with the ruling price in the mid-$50s. Morgan Stanley now believes the price of the steelmaking material will average $57 a tonne in 2015 before recovering to $65 a tonne next year and $71 in 2017.
Both those estimates were below previous forecasts thanks to seaborne supply exceeding demand by 129.3 million tonnes in 2017 from an estimated 55 million tonnes this year.
Posted by Unknown at 9:17 AM