With headlines crowing of gold's worst year since 1981 as a signal that the status quo is winning and proof positive that fiat-currency naysayers must be wrong, it would appear that the rest of the world's central banks (and banks) have used the price depreciation to stack the precious metal. As Bloomberg reports,
This 5.834 million ounce addition (8.3% YoY) is more than double that of Russia's central bank additions in 2013 with Bitcoin-favoring Sberbank piling up 48.5 tons alone in 2013. 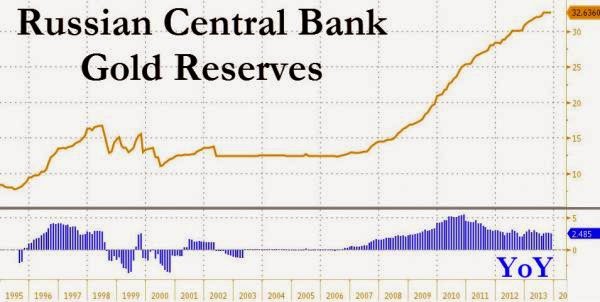