Governance to improve for comexes 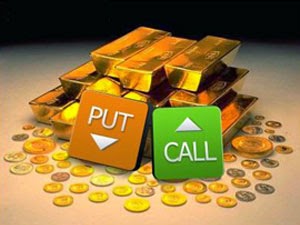 The ₹5,600-crore payment crisis that led to the collapse of the country’s single largest commodity spot exchange- National Spot Exchange Limited (NSEL) has resulted in the government making earnest efforts to bring the regulation of the commodities markets under the Securities Exchange Board of India.
The background

FMC, which was earlier under the Consumer Affairs Ministry, was brought under the Finance Ministry in September 2013 as investigations in to the NSEL scam began.
Volumes in commodity exchanges stumbled after the NSEL fiasco. In 2013-14, the total commodity futures market turnover was down by 40 per cent. During April-December period of the current fiscal, the situation is not any better. Though the commodities transaction tax and the correction in global commodities market are partly responsible for this, the impact of NSEL’s fallout can’t be overlooked. Samir Shah, MD and CEO of NCDEX, told BusinessLine, “One incident like NSEL is a big blow on the market and market gets shattered, NSEL impacted NCDEX more than MCX, because it happened in the agriculture sector.” The blind spots in commodities market regulation came to light only after the NSEL scam – non-existence of settlement guarantee fund, no checks to spot short trades, poor margining system, inadequate collateral for trades and no regulator willing to take the onus of regulating the spot commodities market.
The verdict

SEBI’s autonomous functioning and its ability to respond quickly to a crisis should instil confidence in commodity investors. With its powers to attach properties, arrest and detain defaulters in prison, this regulator will be able to protect the interest of small investors better. Also, since SEBI has a sound experience in handling securities derivative market over the many years now and has a larger man-power, it should be able to plug the loop-holes in the system and draw out a stronger regulatory framework for commodity exchanges.
Commodity market participants hope that the move will help introduction of new products such as options and commodity indices and the exchange platform will be also opened to new participants such as banks and mutual funds.
All this should, however, take time. Amendments to the various Acts apart, the new regulator’s first job will be to establish a pan-India spot market for commodities.
Posted by Unknown at 7:59 AM