3 Bias That Affect Your Trading. What is Bias Mind ? 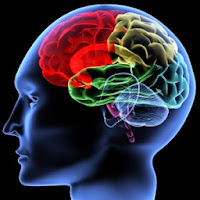 What is the meaning of BIAS ?


Biases are human tendencies that lead us to follow a particular quasi-logical path, or form a certain perspective based on predetermined mental notions and beliefs. When investors act on a bias, they do not explore the full issue and can be ignorant to evidence that contradicts their initial opinions. Avoiding cognitive biases allows investors to reach impartial decision based solely on available data.


There are 3 bias that will affect one’s trading:

1) Gambler’s fallacy bias
People tend to believe that after a string of losses, a win is going to come next. Take for example that you are playing a game of coin tossing with a capital of $1000. You lost 3 bets in a row on heads and cost you $100 each bet. What will you bet next and how much would you stake?
It is likely you will continue to bet on heads and with a higher stake, say $300. You do not ‘believe’ that it can be tails consistently. People fail to realize coin tossing is random and past results do not affect future outcomes.
Traders must treat each trade independently and not be affected by past results. It is important that your trading system tells you how much to stake your capital which is also known as position sizing, so that the risk-reward ratio will be optimal.

2) Limit profits and enlarge losses bias
People tend to limit their profits and give more room to losses. Nobody likes the feeling of losing. Most investors tend to hold on to losses and hope their investments will turn around soon, and they will be happy if their holdings break even. However, chances are that they will amount to greater losses. On the other hand, if they are winning, most investors tend to take profits early as they fear their profits will be wiped out soon. Thereafter, they regretted that they didn't hold a little longer (sounds familiar?).
One of the most important principle in trading is contrary to what most investors do – Traders have to LIMIT LOSSES and let PROFITS RUN. Losses are part and parcel of trading and hence, it is crucial to protect the capital from depleting too much – live to fight another day is the mantra for all traders. Large profits are thus required to cover the small losses – so do not limit profit runs.

3) I am right bias
Humans are egoistic in nature and we want to prove that we are right. High accuracy is not important in trading but making more money when you are right is. Remember what George Soros said, “It’s not whether you’re right or wrong that’s important, but how much money you make when you’re right and how much you lose when you’re wrong.”
Posted by Unknown at 11:26 AM