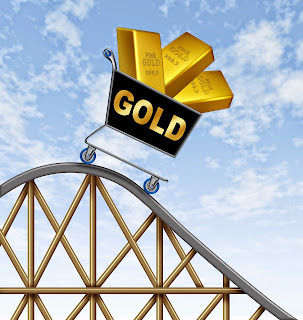 India’s gold imports in June have fallen 80 per cent to about 32 tonnes, providing some relief to the current account deficit and the weak rupee.The drop was sharp against the record May imports of 162 tonnes but only a 36 per cent dip over the June 2012 level of 50 tonnes.
A series of measures taken by the Government and the RBI since mid-May seem to have helped stem the import of gold. While the Government hiked the import duty on the yellow metal to 8 per cent from 6 per cent earlier, the RBI shut the consignment route for gold imports by banks.
Gold is only second to crude oil in India’s import bill. The value of gold and silver imports in April-May stood at $15.8 billion. In April alone, the gold import bill touched $7.5 billion.
Posted by Unknown at 8:37 AM