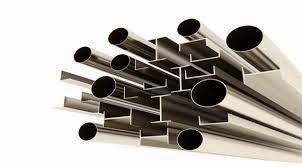 (Reuters) - U.S. aluminum premiums have plunged by as much as 20 percent in the past week, reaching their lowest in more than a year as imports flood into the last remaining bright spot in a worsening global market.
Premiums paid for physical delivery on top of the London Metal Exchange benchmark have sunk to 14-15 cents per lb this week, the lowest since early 2014, from 18 cents last week as financing deals unravel and demand remains weak.
The decline from record highs above 24 cents earlier this year will provide some relief to can- and car-makers such as MillerCoors and Coca Cola Co . For producers like Alcoa Inc and Rusal <0486.HK>, it has removed a major prop to profits as LME prices tumble, increasing pressure to reduce high-cost capacity.
Market participants had expected premiums to fall after the LME introduced much-anticipated rules to reduce queues at warehouses with logjams. In Detroit, the wait time to take delivery of metal is a year and a half.
Still, the scale and speed of the decline have sounded alarms among traders, reminiscent of the dramatic slump in 2008 when carmakers dumped millions of tonnes of unwanted metal in Detroit as sales collapsed at the height of the global economic crisis.
"Asia doesn't need anything. Europe doesn't need anything. There's inventory everywhere," said one U.S. trader.
For traders holding stock, the appearance of a backwardation this month, with cash prices higher than forward, has made financing deals unprofitable. The cash-to-three-month spread was around $9.75 per tonne on Wednesday.
The surcharges are tumbling quicker than expected as a wide arbitrage lures material from exporters who might otherwise sell to Europe, where premiums have nearly halved to around $250-$290 per tonne duty-paid from records seen in November last year.
In recent months, material has landed on U.S. shores from India in bulk for the first time in more than a decade, adding to the big flows of metal from the Middle East, Russia and Canada.
This week's drop has narrowed the arbitrage with Europe to around $100 per tonne, but traders say the cost of shipping metal to the United States may put a floor under premiums in the long term, helping to prolong the arbitrage game.
Estimates range between 8 and 12 cents per lb, which is $180-265 per tonne. They are historically still very high.
"Premiums will continue to fall, but not to historic levels because the U.S. is short of aluminum," said David Wilson, metals analyst at Citigroup. He reckoned premiums will fall to 9-11 cents per lb in the second half of the year.
INDIA, THE NEW SUPPLIER?
The pace of imports will reinforce concerns among producers about oversupplies and Chinese aluminum flooding the global market. Unwrought imports in the first two months of the year breached 500,000 tonnes for the first time in six years, with bigger-than-usual tonnages from Germany and India.
In February, India imported 1,027 tonnes of aluminum, the highest monthly total for the country since 2001, according to U.S. trade data.
That's still small compared with Canada and Russia, but it was likely due to new smelting capacity from Vedanta Resources Plc and Hindalco Industries Ltd , traders said.
India only imported metal in four months last year and over the past decade or so, it has only sporadically imported aluminum into the United States.
That's on top of hefty inflows last year of 3.06 million tonnes, the highest in five years, as Alcoa's smelter in the Middle East ramped up.
Posted by Unknown at 11:28 AM