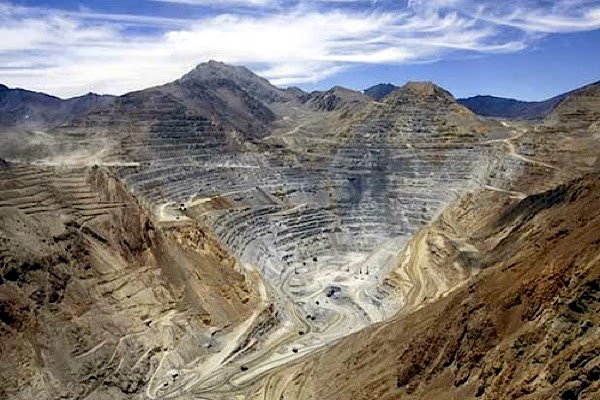 Disruptions at two of Chile-focused Antofagasta’s (LON:ANTO) mines during the first quarter of the year has forced the copper company to scale back its production guidance for 2015.
The miner said Wednesday it lost about 8,000 metric tons of copper output due to a 10-day protest over water supplies at its flagship Los Pelambres mine in early March. Later that month, it was also forced to suspend operations at its Centinela, Michilla and Antucoya operations due to torrential downpours in northern Chile's Atacama desert, one of the world's driest places.

The company now expects to mine 15,000 tonnes less than its original forecast of 710,000 tonnes, but maintained its annual net cash cost forecast of around $1.40 per pound.

As a result, the company now expects to mine 15,000 tonnes less than its original forecast of 710,000 tonnes, but maintained its annual net cash cost forecast of around $1.40 per pound.
"Normal operations" have now resumed, said the London-listed miner, including at Los Pelambres mine,which produces more than 400,000 tonnes of copper a year, following anagreement reached with the local community. Antofagasta added it expected to recover some of the lost output through the rest of the year.
The miner, which plans to spend close to $1.3 billion in capital projects this year after $1.6bn of capex in 2014, is in the middle of a sequence brownfield expansions at its Chilean operations.
Construction at the $1.9 billion Antucoya project, said Antofagasta, is on track to be completed in the second quarter of 2015 and in full production by the start of 2016.
Shares in the company were down 3.3% to 26.50 pounds by 12:48 GMT.
Chile generates about a third of the world’s copper, with companies including BHP Billiton, Anglo American and Japan’s Sumitomo Corp all operating in the country.
Posted by Unknown at 4:03 PM