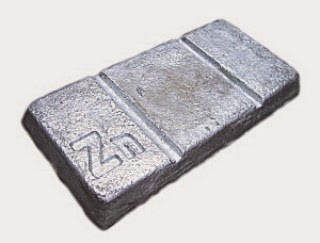 (Reuters) - Too often in previous years those betting on higher zinc prices have suffered burnt fingers, but for now some are cautiously optimistic that a deficit and falling stocks will buoy prices.
Historically, supplies of the metal -- used to galvanise steel -- go from feast-to-famine as miners ramp up output when prices rise and cut when prices fall.
However, producers are now more wary and are looking for sustainably higher prices to boost and protect profit margins.
"Zinc does come with baggage, it's destroyed a lot of shareholder value. Miners are being careful," said Robin Bhar, metals analyst at Societe Generale.
"But demand is healthy and supplies are falling ... Mines have closed and more are due to close. Overall about a million tonnes of zinc in concentrate will be taken out."
Planned closures include the Century mine in Australia owned by China's MMG and Vedanta Resources' Lisheen mine in Ireland.
Restarts of existing mines such as Teck Resources' Pend Oreille and Trevali's Caribou zinc mine could take up some of the slack. But new projects such as Vedanta's Gamsberg in South Africa will not be producing for a couple of years.
Zinc prices at around $2,200 a tonne may be high enough for some to contemplate restarting mothballed mines.
"Another $200 or $300 would make a much stronger case," a producer said. "There's plenty of (concentrate) supply at the moment for smelters."
Some are concerned about China's zinc exports, which are climbing. But at 39,489 tonnes between January and March, they are for now a fraction of total demand estimated at nearly 14 million tonnes this year.
SPIKES AND SLIDES
Ample supply of zinc concentrate can be seen in treatment charges, which have risen to $245 a tonne, a 10 percent gain, from last year. Treatment charges rise with supplies as mining groups compete to find smelters to process their material.
Zinc rose more than 15 percent between November 2013 and July 2014. It fell back about 10 percent to below $2,000 a tonne between July and mid-March.
Since then expectations of a deficit, 145,300 tonne this year according to a Reuters survey, mine closures and falling stocks have pushed prices back up.
"The deficit will rise. The big question is how stocks of metal and concentrate accumulated in recent years ," said Graham Deller, analyst at consultants CRU. "Century and Lisheen are eventually going to make a difference."
Zinc stocks in LME-registered warehouses at around 486,850 tonnes have tumbled more than 30 percent since last September and compare with levels above 1.2 million tonnes in June 2012.
Data from the International Lead and Zinc Study Group showed producer and consumer stocks of refined zinc at around 1.5 million tonnes in February.
"A deficit will result in a drawdown of inventories," said Andrew Thomas, a zinc analyst at consultants Wood Mackenzie.
Posted by Unknown at 11:50 AM