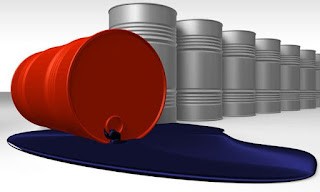 Crude oil prices continued a relentless dive early on Tuesday, falling as much as 20 per cent since the beginning of the year as analysts scrambled to cut their 2016 oil price forecasts and traders bet on further price falls.
US crude West Texas Intermediate (WTI) was trading at $30.98 per barrel at 0311 GMT on Tuesday, down 43 cents from the last settlement and more than 19 per cent lower than at the beginning of the year. WTI has shed over 70 per cent in value since the downturn began in mid-2014.
Brent crude futures fell 43 cents to $31.12 a barrel. Earlier they declined to $31.08, their lowest since April 2004. Brent has fallen 20 per cent in January and, like WTI, has declined on every day of trading so far this year.
Traders take record short positions
Trading data showed that managed short positions in WTI crude contracts, which would profit from a further fall in prices, are at a record high, implying that many traders expect further falls (see chart).
Analysts also adjusted to the early price rout in the year, with Barclays, Macquarie, Bank of America Merrill Lynch, Standard Chartered and Societe Generale all cut their 2016 oil price forecasts on Monday.
"A marked deterioration in oil market fundamentals in early 2016 has persuaded us to make some large downward adjustments to our oil price forecasts for 2016," Barclays bank said.
"We now expect Brent and WTI to both average $37/barrel in 2016, down from our previous forecasts of $60 and $56, respectively," it added.
$10/barrel?
But it was Standard Chartered that took the most bearish view, stating that prices could drop as low as $10 a barrel.
"Given that no fundamental relationship is currently driving the oil market towards any equilibrium, prices are being moved almost entirely by financial flows caused by fluctuations in other asset prices, including the USD and equity markets," the bank said.
"We think prices could fall as low as $10/bbl before most of the money managers in the market conceded that matters had gone too far," it added.
Posted by Unknown at 11:45 AM