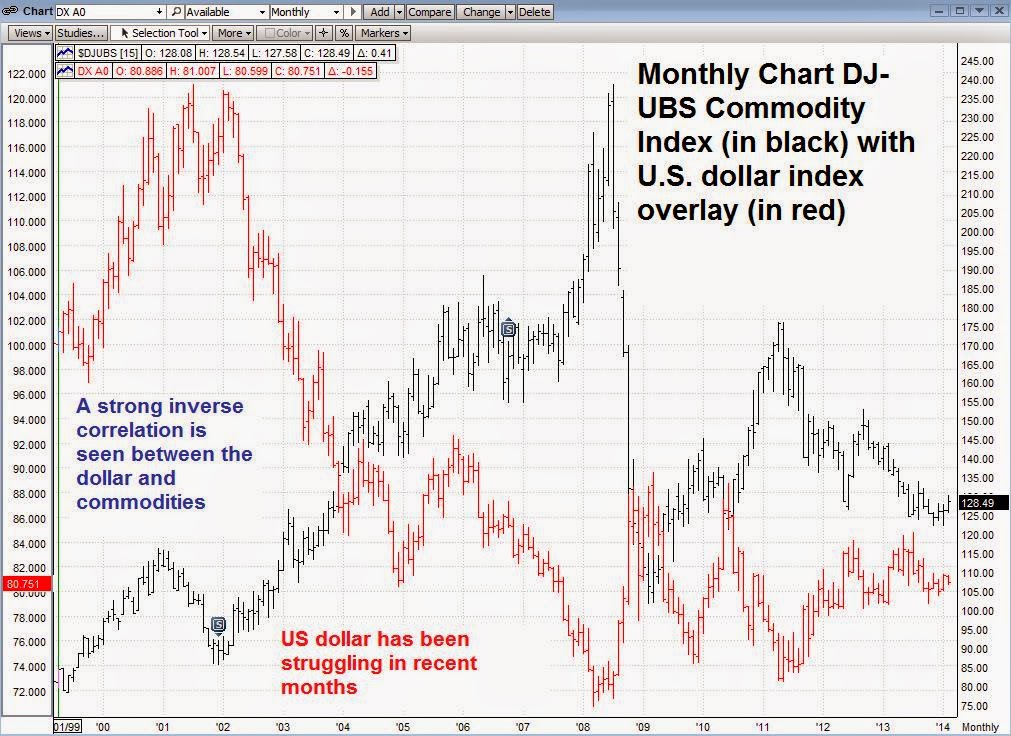 Despite widespread expectations, really for months now, that the U.S. dollar would rally strongly, the U.S. dollar index has been stymied be resistance at the 81.50 area. Meanwhile, the DJ-UBS commodity index has formed a double bottom reversal pattern (seen on the weekly chart) in Figure 2 below. The index is testing the breakout point right now and this will be an important zone to watch. 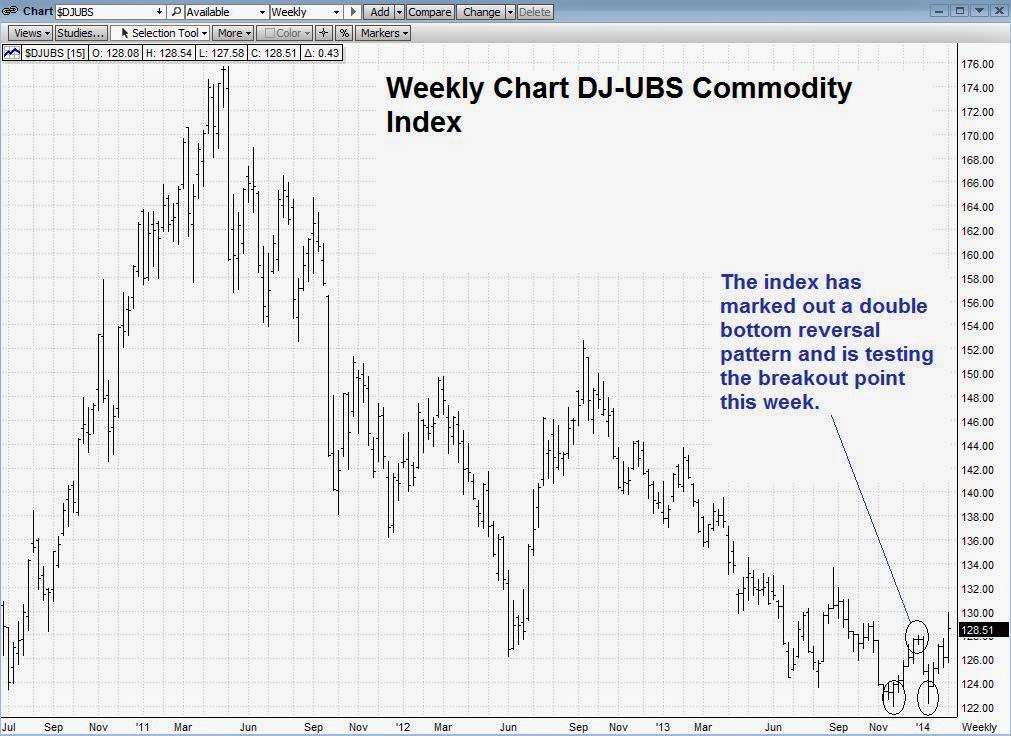 Bottom line? The U.S. dollar has struggled. Commodities, as an asset class, are trying to rally off a weekly double bottom, and gold has been one of the top five commodity performers of January. If the U.S. dollar index remains stymied by resistance in the 81.50 area and that weekly double bottom on the commodity index chart confirms—that would be bullish news for gold and commodities.