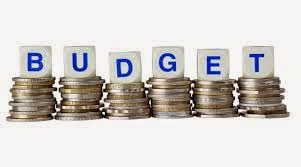 Finance Minister P. Chidambaram presented the interim budget for the fiscal year 2014/15 on Monday to cover expenditure until the government's term ends in May.
His speech was repeatedly disrupted by protests over the proposed division of Andhra Pradesh.

GROWTH
* GDP expansion in 2013/14 third and fourth quarters will be at least 5.2 percent

FINANCE MINISTER COMMENTS
Resurgence in exports, global economic revival and moderation in inflation point to better outlook for Indian economy in 2014/15.
Our objectives were fiscal consolidation, reviving growth cycle, and enhancing manufacturing, said Chidambaram. Manufacturing needed an immediate boost, he said.
I can confidently assert that the fiscal deficit is declining, the current account deficit is constrained, inflation is moderated; exchange rate is stable, he said.
India's economy now the 11th largest in the world, he said.
Posted by Unknown at 1:50 PM