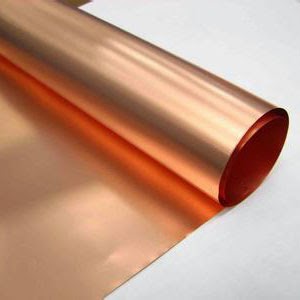 There’s still some uncertainty regarding how soon copper will shift into deficit. However, positive arguments for the copper price got some support on Friday when a report from Bloomberg stated that five of the world’s largest mining companies have all said good things about the red metal over the last month.
BHP Billiton (NYSE:BHP,ASX:BHP,LSE:BLT) CEO Andrew Mackenzie sees copper as the exception in an otherwise uninspiring market space, while Jean-Sebastien Jacques of Rio Tinto’s (NYSE:RIO,ASX:RIO,LSE:RIO) copper division simply said in an interview, “we love copper.”
Meanwhile, Antofagasta’s (LSE:ANTO) Diego Hernandez continues to be skeptical of a copper surplus, with Glencore (LSE:GLEN) CEO Ivan Glasenberg echoing that sentiment, telling shareholders on May 7 that his company believes copper is moving into deficit. For his part, Freeport-McMoRan (NYSE:FCX) Chief Executive Richard Adkerson has reaffirmed his belief in copper’s strong mid- to long-term fundamentals.
Overall, it looks like there’s a fairly similar message coming from all five miners. That’s worth some attention from investors given that the companies certainly haven’t seen eye to eye on a number of other issues as of late. For example, Rio Tinto CEO Sam Walsh has held strong to plans to continue growing the company’s iron ore exports, while BHP has indicated that it will slow its iron ore expansion program.
Deficit timeline uncertain
Recently, Rio changed its prediction regarding a copper surplus, saying that a deficit will come sooner than expected. “If you had asked me the question in December last year I would have said the inflection point would be three or four years down the road and today it is likely to be 18-24 months down the road,” Jacques told the Financial Times in an interview earlier this month. This week, the company reached an agreement with the government of Mongolia for a $5-billion expansion at its Oyu Tolgoi mine.
On top of that, a growing number of analysts are predicting that a deficit will come sooner rather than later. Mineweb’s Kip Keen has pointed out that a growing number of companies and analysts are turning more positive on copper, and while firms like Thomson Reuters GFMS and the International Copper Study Group are still calling for a surplus this year, most see a growing deficit coming within the next 10 years due to a lack of new mines set to come online in the medium term.
Cast in point: Thomson Reuters is forecasting that this year the copper price will average 12 percent lower than in 2014, but sees the incentive price for new mine development as being $7,073 per tonne; it believes the metal could rise that high within two to three years. Further, Cormark Securities said in March that it’s staying bullish on copper in the medium term, while Macquarie Research and Dundee Securities also see copper prices rising.
The upshot
The spot copper price was down last week, having lost nearly 4 percent to close at $2.79 per pound. Still, the red metal has risen about 8 percent in the last three months, taking back a respectable portion of its losses from the beginning of the year.
In any case, at least some market watchers are responding well to the world’s biggest mining companies and their attraction to copper. Forbes contributor Trefis has upped its price estimate for Freeport-McMoRan from $17.41 to $21.62, largely on what it sees as improved pricing environments for copper and oil, and the company’s share price has managed to gain about $0.42 over the past month.
Posted by Unknown at 12:13 PM