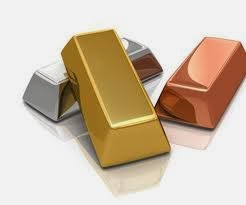 Ongoing uncertainties over economic growth, monetary policy, geopolitics and currency gyrations continue to buffet the global commodity markets even as commodities respond to these in several ways. The last quarter witnessed a broad-based recovery in spot prices of commodities such as crude because of supply disruption and in gold and copper because of short-covering. Will the price rally sustain over Q4? It looks most unlikely on current reckoning given the still muted global growth environment and strong possibility of the beginning of a progressive end to the US easy money policy in the months ahead.
Last week, commodity prices faced significant downward pressure. It was the result of less-dovish-than-expected FOMC meeting and a firming dollar (1.35) against the euro to two-week highs. Importantly, ISM data suggested the US manufacturing sector shrugged off the government shutdown in October. Analysts interpreted this as continued weakening of confidence in the Fed’s resolve to maintain QE.
The big suspense is whether tapering will be announced in the December meeting. It is clear that the decision is data dependent. While a decision in December remains a possibility, many analysts believe flow of stronger data (mainly employment) is necessary to support Fed reduction in the pace of asset purchase. That can potentially happen by March 2014. In other words, liquidity will continue to drive the market for another 3-4 months. Seasonally, commodities in general tend to suffer in November led lower by the energy complex.
Last week, the Dow Jones-UBS commodity index announced new weights. It is expected that funds linked to it will be buyers of silver, gold, corn and soybean oil and sellers of natural gas and cotton, according to expert opinion. Some analysts have revised modestly upward their 2013 Q4 and 2014 price forecast for copper due to production problems and strong Chinese demand. However, it is also true that if China buys more now, it may need less later. Supply risks to platinum from South Africa are seen mounting.
Gold: The recent rally seen in gold may be petering out if events last week are any indication. Macro data are supportive, raising the probability of a tapering decision in December itself. Gold ETP outflows resumed with net redemption reaching 47 tonnes, more than the total outflows of last two months. Total metal held in trust has reached a fresh May 2010 low.
To be sure, gold drivers have all weakened. The dollar is firming. The metal has not reacted to the US debt dispute. Investor support is enervated. On the other hand, the seasonal Indian demand has remained rather weak which exposes the yellow metal to a fragile floor. Anecdotal reports from the world’s largest importer-consumer India suggest muted festival buying interest. Jewellery sales are down. High price, general inflation and expectation of a fall in price have forced buyers to turn cautious. With demand side unhelpful, no wonder, longs are exiting their speculative position. The only support factor seems to be Chinese demand; but indications of some tightening in China’s monetary policy may potentially impact.
Technically, gold momentum has turned weak. Resistance is seen at 1345 and 1330 while support may be available at 1290 and 1270. As the USD strengthens and yields tick higher, gold rolls over, risking a return to 1250/70 before a bounce.
Base metals: China continues to be the dominant factor to impact the complex. A combination of stronger economic activity, concerns over future raw material availability, increased capacity and lower prices have been driving a Chinese base metals buying spree over the past few months, explained an analyst adding helpfully that increased industrial activity has boosted consumption while expanded capacity means more working inventory is needed. Simply put, Chinese base metals stocking cycle is in full swing.
Current heavy purchases mean there is risk the Asian major may not buy as much later. This can potentially create price risk, especially in 2014. In the short-run however, the tighter-than-expected market balances create some upside potential for prices. Some analysts have raised their 2014 nickel price forecast up to $ 15,000/t (from $ 14,000/t) as low prices have triggered production cuts, shrinking the forecast 2014 surplus. In case of aluminium, the market in 2014 is likely to turn to a small deficit for the first time in nine years.
Crude: Although there are many swing factors, the directional bias for prices is slightly to the downside from current levels. The strength in oil markets that characterized Q3 is dissipating. In Q4, Brent price is forecast by analysts to average $ 105 a barrel with limited movement upward.
Posted by Unknown at 8:46 AM