Bulls have been riding the Dalal street from Feb Month and got in momentum after May 16 election results. Analyst on Streets have been talking about 8500/9000 odd levels and every dip coming in market is getting bought into.
I tried to analyse the chart of Nifty from 2009 after election results and interesting study came out.
After 2009 election as seen in below chart Nifty saw 2 UC’s followed by a period of upward sloping from consolidation between two trend-lines and then the upside breakout. The post pattern above the breakout resulted in move towards 123.6% of the channel width which formed an important top @ 6336 and than 1000 point correction in Nifty. 2014 Scenario
In 2014 scenario also after the rise on 16 May Nifty is trading in sharp rise on Election result day followed by period of upward sloping consolidation with an upside breakout. So if we are applying the Election time concept properly  the upside target projecting 100 % of channel @ 8240 and in maximum case  123.6% of channel will come near 8340. So except some major top to be formed in this range and we can expect a decent correction. 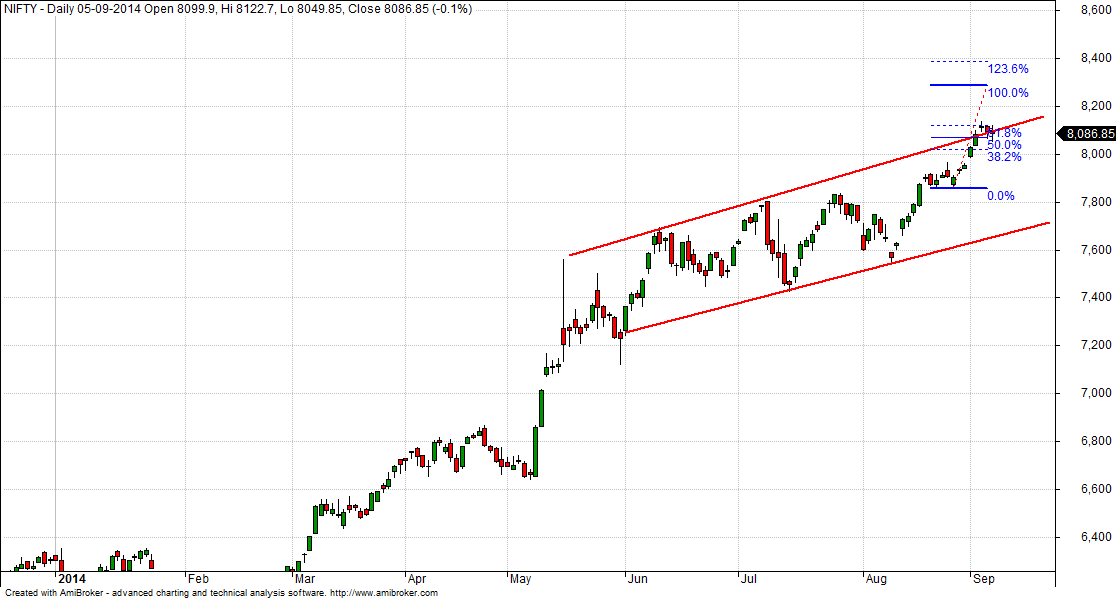