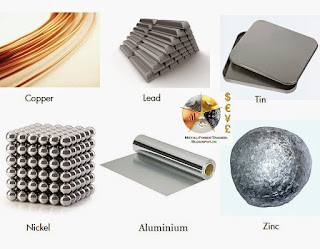 The mood at the metals world's number one annual gathering – LME Week – appears to be one of cautious optimism.
A survey of 400 metals and mining investors polled by Macquarie at the London summit returned a moderately bullish view of the next 12 months for base metals.
Platts quotes Macquarie's head of commodity research Colin Hamilton as saying "despite the ongoing and conspicuous issues for fundamentals across base metals markets, the overall mood was not as bearish as we might have expected":
"While concern over Chinese economic growth and metals demand was clear, the consensus for growth, albeit slower, persisted," he added.
Zinc was the top pick among the delegates with the consensus view that the metal would be trading at $2,000 a tonne in a year's time, up by double digits from today's ruling price.

Glencore said last week it would slash its zinc output by over a third or 500,000 tonnes, most of it in Australia, after the price of the industrial metal fell to a five-year low leading to a 10% jump in the price on Friday.

Copper was also expected to strengthen adding $500 to todays's price around $5,300 over the next year, while tin should continue its good run holding onto its gains around $15,000 a tonne.
Aluminum was considered the worst bet with predictions of a fall to $1,450 a tonne by this time next year.
Last year's favourite, nickel also found no love with forecasts of further losses to $9,650 a tonne compared to today's LME ask of $10,460 a tonne.
But here Glencore may also ride to the rescue with speculation rife that the Swiss mining and trading giant is on the brink of announcing cuts at its operations in Canada, Australia, New Caledonia and elsewhere. Glencore is the world's fifth largest producers of the steelmaking raw material.
During the boom years copper was the top pick among summit attendees for five years in a row before switching to lead and tin in 2013.
Posted by Unknown at 12:27 PM