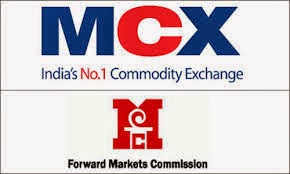 Amid a sharp decline in turnover of the commodity exchanges, the Forward Markets Commission has come out with a revised policy to allow traders to take higher position in commodities traded on the exchanges to improve the depth and liquidity in the market.
To promote transparency and prevent price manipulation in the market, the Forward Markets Commission (FMC) has also directed bourses to disclose the open position limit of top 10 trading clients, including hedgers, on their Web site.
Open position limit
The revised norms put out on October 20 have come into effect immediately. ‘Open position limit’ refers to the highest number of futures contract that an investor is allowed to hold on one underlying commodity.
According to the latest circular, FMC has come out with a new formula, based on which the gross position limit in agricultural commodities is capped at 50 per cent of the estimated production and imports for all exchanges.
Position limit for brokers, clients
For brokers, the position limit has been doubled and will be 10 times of the client’s level position limit or 20 per cent of the market wide open interest, whichever is higher.
For clients, the position limit will be based on the numerical position limits as decided from time to time or five per cent of the market wide open interest, whichever is higher. For the present, the numerical position limits as existing shall be continued, FMC said.
For considering position limit, a client’s position will be taken in net (of the total) and that of a broker in gross.
In order to promote hedging and arbitrage activities on exchanges, FMC said that it has decided to exempt the quantity of commodity that a hedger/seller, who has deposited early and pays in early, from the consideration of open position limits.
Commexes turnover
Turnover of the commodity exchanges has declined by over 53 per cent to Rs. 31.82 lakh crore till October 15 this fiscal from Rs. 68.42 lakh crore in the year-ago.
The turnover has been affected due to imposition of the commodity transaction tax from July 2013 and the Rs. 5,600 crore payment scam at the spot exchange NSEL.
Posted by Unknown at 11:02 AM