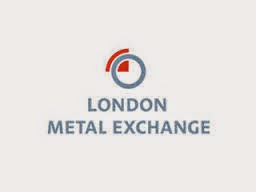 The London Metal Exchange is hiking transaction fees charged to members and users by an average of 34% for the first time since Hong Kong Exchanges & Clearing Ltd. acquired it for $2.2 billion in 2012.
The new tariff, to be charged in U.S. dollars, seeks to help fund investment in the exchange and it will come into effect on Jan. 1, Chief Executive Garry Jones said in a statement.
The move come as the LME's owner needs to invest in upgrading its system.

The LME, as was just three years ago, would not survive in today’s environment

“The LME, as was just three years ago, would not survive in today’s environment,” said at a press conference in London.
The company said the new fee structure simplifies and levels out the transaction fees across the LME user base.
Charles Li, the HKEx chief executive, said the fees hike would benefit members as higher exchange revenues fed through to better trading systems and a broader range of products.
“Ultimately everybody will make a lot more money out of their participation in LME,” Li said in the statement. “The fee increase is just a rebalancing of some of that economic interest between the exchange and the members.”
Nitty-Gritty
The exchange will charge its ring members 50 cents for one side of the contract in trading and clearing fees, up from 38 cents now, according to this table. Members who lack the right to trade on the floor will pay 90 cents, compared with 58 cents.
Short-dated client carry trades will continue to attract a discount in the new fee schedule, the LME said. Members’ clients will pay 50 cents for short-term carries compared with 38 cents now, while other trades will cost 90 cents compared with 65 cents now, according to the LME. Member-to-member give-up trades will cost 50 cents, down from 58 cents now.
Posted by Unknown at 9:21 AM