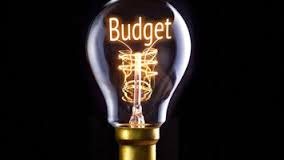 The Finance Ministry has expanded the list of agricultural commodities on which the commodities transaction tax (CTT) is currently levied. As many as 38 items have been added to the existing list of 23 commodities.
For this purpose, the Central Board of Direct Taxes has amended the CTT Rules notified in July 2013. The new items that have been added include rice, bajra, ginger, sesamum, small millets, tur, tur dal, urad, urad dal, onion, groundnut, moong dal, methi, ragi , betelnuts, cinnamon, nutmeg, jowar, linseed, gram daland sunflower seed.
Currently, some of the new items added to the list are not traded on commodity bourses. This CBDT move is significant as it comes a fortnight before the Budget for 2015-16 is to be presented. The Forwards Market Commission – the regulator for commodity futures market in India – had recently suggested to the Finance Ministry that the CTT should be either done away with in the upcoming Budget or the quantum of the levy should be reduced.
The Centre had imposed a 0.01 per cent CTT on primarily non-agricultural commodities from July 2013, resulting in the volume of trade on the commodity exchanges dropping.
According to the Forward Markets Commission's market report, the volume of trade till January during the current fiscal dropped to ₹51.26 lakh crore against ₹89.03 lakh crore during the same period a year ago. The trade value dropped to ₹101.44 lakh crore in the 2013-14 fiscal against ₹170.46 lakh crore in 2012-13.

Source: Business Line
Posted by Unknown at 7:51 AM