Aluminum hikes up in the US as demand surges 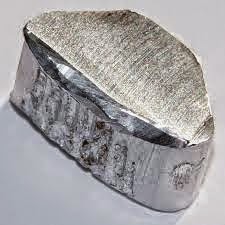 After declining at the lowest point yesterday since the month of July in the year 2013, aluminum has again regained its posture by increasing its value to 0.3 percent. According to the reports which were published in the month of November, the annual consumption of the automobile industry has been noted as 17.2 million tonnes. The records from the month of October shows that the consumption of aluminum from the construction industry has increased by about 1.1 percent.
A Senior Fund Manager at the Astmax Asset Management Inc, located in Tokyo, Testu Emori, stated that the US based sale of aluminum based automobiles is  very much impressive in number. He also added that the consumption of aluminum in the construction industry is also  positive, and this could bring up tremendous effect on the market of the base metal.
In, London Metal Exchange, the aluminum stored in the warehouse awaiting for delivery has increased 0.3 percent, and has reached 1,983.85 dollars per tonne.
Posted by Unknown at 6:51 AM