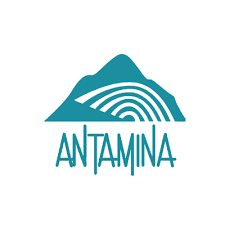 The strike, which was initiated by the union workers working in the mine, demanding for better working conditions and also greater wage. Just like the previous strike, which lasted for about 2 weeks, the second strike with the same demands was also declared illegal by the authorities of the mine.
The first strike by the union workers was inaugurated on November 11th and the strike lasted till November 30th. The authorities of the mine, during the strike stated that the operations at the mine is not affected by the strike. But the union workers kept on insisting that, the mine has been highly affected by the strike. They claimed that the output has affected almost 60 percent reduction due to the strike.
From the total number of workers at the Antamina copper mine, about 1,630 workers are the members of the union. The authorities of the mine, produced the media with a letter, which they claim is to be from the head of union workers. The letter claims that, the workers are ending the strike and will soon return to work.
The stakeholders of the company are, Glencore Xstrata, Mitsubishi Corp, and also BHP Billiton. The BHP Billiton, holds the  major stake of the Peru based copper and zinc mine, followed by Glencore Xstrata, and then Mitsubishi Corp.
Posted by Unknown at 9:40 AM