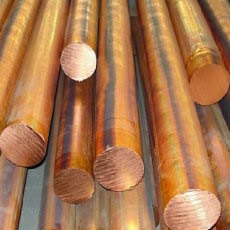 After five years in a row of deficits, the copper market should show a production surplus in 2015, according to The International Copper Study Group.

But “operational failures combined with delays in ramp-up production and start-up of new mines, are leading to lower than anticipated growth,” the ICSG stated in its Copper Market Forecast 2014-2015 released Oct. 15 after a two-day meeting at the beginning of the week in Lisbon, Portugal.

ICSG forecasts world refined copper production is likely to increase by about 5% year-on-year to 22.1 million tons in 2014 and by a further 4% to 23.1 million tons in 2015. The increases are “mainly supported by expanded capacity at electrolytic plants in China (and to a lesser extent from expanded SX-EW capacity in Africa).”
Posted by Unknown at 10:01 AM