Gold miners' problems are only exacerbated by falling by-product credits

The subdued trading in gold came despite potential market shocks including the slide in oil, the rampant dollar and a variety of geopolitical shocks during 2014.

The gold price is the most sentiment-driven of all commodities, but fundamentals still do matter.
And cost of supply may now be providing that elusive price floor gold bulls have been looking for since 2011's record high above $1,900.
As this chart by metals consultancy GFMS and Thomson Reuters shows towards the $1,100 mark, 60% of the industry would be loss-making on an all-in basis.
Gold miners' problems are only exacerbated say the authors by falling by-product credits, such as silver and copper which are down roughly one third and 10% respectively from the 2013 average.
Average costs in the industry sits around $1,200 and is falling as miners shelve projects, reduce exploration expenditure, defer or cut back on sustaining capital and a strong dollar helps to contain costs outside the US.
While the price may well fall to $1,100 in the year ahead, multiple quarters of prices at these levels would force loss-making miners out of business and reduce supply, helping prices to recover. 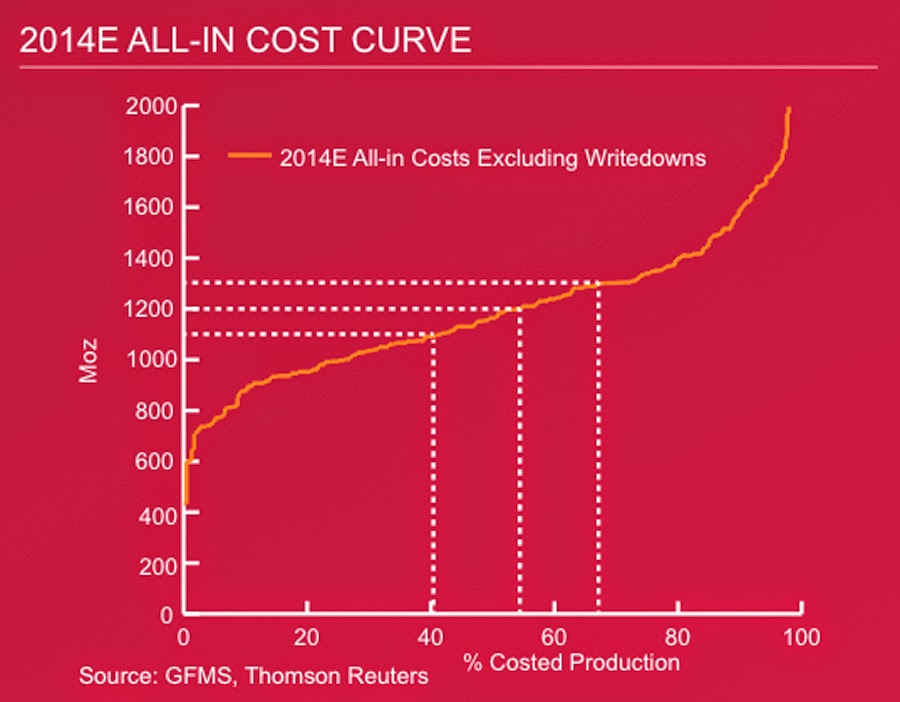