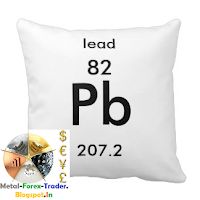 A sharp and continuous rally in lead prices, for the past three weeks, has wiped out the losses the metal made in the first two weeks of January. The spot price on the London Metal Exchange (LME) has surged 10 per cent from $1,600 to $1,771 per tonne.
On the domestic front, the lead futures contract traded on the Multi Commodity Exchange (MCX), which moves in tandem with the LME spot price, also rose 10 per cent over the same three-week period and closed on a stronger note at ₹120 per kg last week.
Two major factors have triggered the recent rally in lead. First is the recent weakness in the dollar which, in turn, has added sheen to assets like commodities and non-dollar currencies, in the last few weeks.
Two, recent data releases showing an increase in lead imports by China have also supported price rise for the metal. The country’s lead imports have increased about 45 per cent to 297 tonnes in December from the previous month according to data from Bloomberg.
Reports also suggest that an increase in the demand for batteries due to more battery failures this winter season has also helped prop up lead prices. Though the recent rally in lead can also be attributed to short-covering, the charts suggest that the recent uptrend can possibly extend.
Medium-term view

Barring the brief fall below $1,600 to hit a six-year low of $1,554 in late November, LME spot lead has been range-bound between $1,600 and $1,800. The metal’s price rose to a high of $1,818 on Thursday last week, but fell back to close below $1,800 — the upper end of the range at $1,771. Price action in the coming weeks will need a close watch as it would decide whether the metal will stay in the $1,600-1,800 range or break above $1,800 to rise further.
A strong break and a decisive weekly close above $1,800 can increase bullish momentum and take it higher to $1,850 immediately. A further move above $1,850 can see the rally extending towards the next target of $1,900.
The lack of follow-through selling below $1,600 is a positive. Also, the metal has been moving inside a channel since October 2012. Since August 2015, this channel support in between $1,650 and $1,600 has been consistently limiting the downside and is providing a strong support. This is why a decisive weekly close above $1,800 will not just boost the bullish momentum, but also signal that the channel is intact. This increases the possibility of the LME spot testing $2,000 in the coming months.
On the domestic front, the recent rally in the MCX-lead futures contract is signalling a break-out of the range-bound movement that has been in place for more than six months since June 2015.
The contract is hovering near the 200 and 100-week moving averages, which are poised between ₹120 and ₹121. A strong rise above ₹121 can take the contract higher to test the next important resistance at ₹130 in the coming weeks. A further break above ₹130 can take the contract higher to ₹140. The contract has formed a strong base in between ₹110 and ₹105. The outlook will turn bearish only on a strong fall below ₹105. Such a fall will increase the danger of the contract falling to ₹100 and ₹98 thereafter.
Short-term view

The short-term trend for lead is higher. The MCX lead futures contract has broken above an important resistance at ₹117. Immediate support is at ₹119 and then a significant support is at ₹117. As long as it stays above these supports, there is no immediate danger of a sharp fall in the contract.
Intermediate dips to these supports may see new buyers coming into the market. At the moment, the downside is expected to be limited to ₹117.
A rise to test the next resistance at ₹127 looks likely in the coming days. The outlook will turn negative for a fall to ₹115 and ₹112 only if the contract declines below ₹117.
If the contract manages to surpass the immediate hurdle at ₹127, it can rise further to ₹130.
Increase in Chinese imports and a weak dollar have helped the metal reverse
Posted by Unknown at 12:25 PM