All clear for FMC merger with SEBI 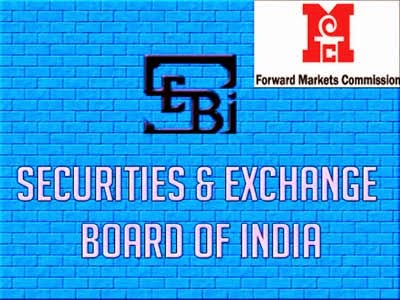 As expected, Finance Minister Arun Jaitley has proposed to bring the commodity futures market and the securities market under a single regulator. BusinessLine reported on February 16 that the Budget may announce SEBI-FMC merger.
“The proposed merger would help streamline the monitoring of commodity futures trading and curb wild speculation,” the FM said in his speech.
As the proposed changes are in the Finance Bill itself, the merger can happen when the Bill is passed and take effect as early as May.
“A separate Bill would have faced the risk of going to Standing Committee with consequent delays,” said an official, on condition of anonymity.
The proposal is likely to bring convergence in the regulation of various financial markets such as securities, currency derivatives and commodities, facilitating tracking of money flows into these markets in addition to opening the door for launching new instruments in the commodity derivatives market.
For brokers substantial savings in costs are anticipated as separate setups for regulatory compliance may not be required, according to Geofin Comtrade Ltd, a trade intermediary.
Sanjay Kaul, MD & CEO, National Collateral Management Services, perceives the merger proposal as a game-changer for the commodity market as the step will lead to improved credibility, transparency and regulation.
While equities are an established asset class for investment, commodity futures market came into prominence as a tool for hedging the price risks that the underlying commodity often faces. Therefore, there is a basic difference in the participants’ approach to the two markets.
In recent times, commodities too have emerged as an asset class. However, the flow of speculative capital for investment in sensitive commodities (such as essential food items) has the potential to fan inflationary tendencies.
A question that has bugged market participants is whether the merged entity will have sufficient bandwidth in terms of domain expertise, infrastructure and manpower to regulate the two markets that are seemingly similar but structurally different.
Delivery of goods is one such issue. Under Indian conditions, a sizeable number of market participants give or take delivery of the underlying physical commodity through exchanges. Regulatory intervention becomes necessary on occasions, something the securities market rarely faces.
In addition to unification of regulators for a more effective oversight, there seems to be an unstated intention to regain market confidence that was lost following the 2013 NSEL payment crisis that worsened because of a regulatory vacuum.
The merger of Forward Markets Commission, the commodity markets regulator with SEBI, the securities market regulator, is in keeping with the recommendation of the Financial Sector Legislative Reforms Commission headed by former Justice BN Srikrishna which called for a Unified Financial Agency in lieu of multiple regulators in the financial sector.
A single entity as regulator is expected to be able to regulate the two markets more effectively. The process of unification of the two regulators is likely to be in a phased manner as there are challenges to be met.
While the trading systems in the two markets – commodities and equities – are similar (Online trading), there are fundamental differences between commodity and equity markets in terms of market structure, participation, impact, delivery systems and so on.
Posted by Unknown at 8:05 AM