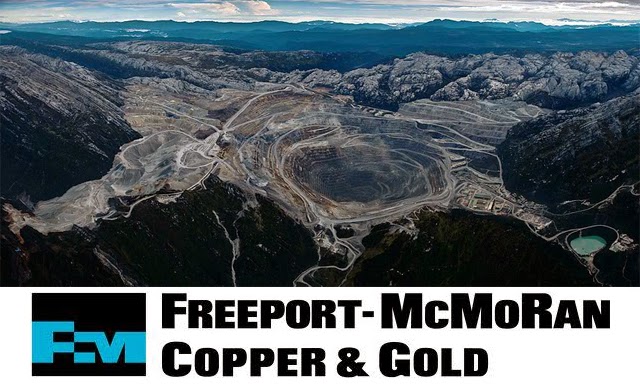 According to latest newspaper reports, the five-day unofficial blockade of access road at the Grasberg mine in Indonesia has been lifted. The company spokeswoman stated that normal operations have resumed at the mine effective this Friday.
The he unofficial strike by workers at the Grasberg, Papua, Indonesia mine run by Freeport had lasted for five days, halting copper production works at the world’s second largest copper mine in the world. The strike action was initiated by a group of employees, who held a demonstration on Monday blocking the access road at MP 72. This was the only access to the Grasberg mine, underground mining areas and processing facilities.
According to union spokesman, the strike was not backed by them. They further stated that the cause of the strike was unknown. Meantime, the company spokeswoman had clarified that the company was willing to attend to the concerns of the striking employees and had expressed the hope that copper production at the facility was not affected.
Reports indicate that as many as hundred workers were involved in the strike action, demanding bonuses as an incentive for not taking part in a work stoppage last year. The workers agreed to stop the blockade upon request by union officials. The company is yet to reach an agreement with the workers on their demand.
Freeport-McMoRan Copper & Gold Inc., (FMCG) is one of the world's largest producers of copper and gold. Its headquarters are located in the Freeport-McMoRan Center in downtown Phoenix, Arizona. Freeport is the largest publicly traded copper and molybdenum producer in the world. It mines and mills ores containing copper, gold, molybdenum and silver.
The Grasberg Mine is the second largest copper mine in the world and is located in the province of Papua in Indonesia near Puncak Jaya, the highest mountain in Papua.
Posted by Unknown at 10:03 AM