On Tuesday the gold price came under renewed pressure with April futures falling just over 1% to $1,153.80, a more than four-month low.
$1,150 an ounce is a crucial support level for the gold price – the metal has closed below this level on only two trading days since April 8, 2010.

Those sessions were November 5 and 6 last year before an unusual decoupling between the gold price and the US dollar occurred.

All things being equal, commodities priced in US dollars have an inverse relationship to the world's reserve currency.
But after bouncing back from its November low gold started to appreciate even as the greenback continued its upward march.
On Tuesday, the USD hit a fresh 13-year high against the currencies of major US trading partners, with the dollar index reaching 98.7, up more than 22% in a year.
At the same time it appears that the historic negative correlation between the dollar and the gold price is once again in place.
And as this graph from Saxo Bank suggests it could spell further downside for gold as few expect a let up in dollar strength any time soon: 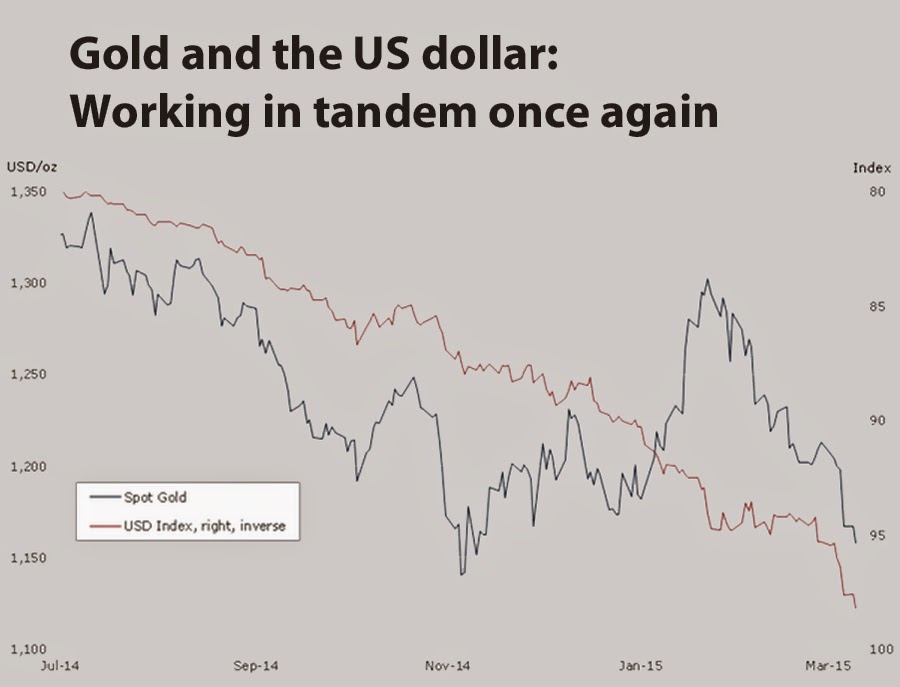