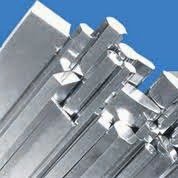 * Stocks at 3 key ports grow about 1 pct -Marubeni
* Breaks record set in January
(Reuters) - Aluminium stocks held at three major Japanese ports climbed for an eleventh month to hit a record high at the end of February due to robust imports.
Aluminium stocks held at Yokohama, Nagoya and Osaka grew 0.8 percent in February from a month earlier to 453,400 tonnes, Marubeni Corp <8002.T> said on Thursday. The trading house collects data from those key ports.
That broke the previous record set in January, the highest level in data going back nearly 15 years.
Behind the higher imports are slack demand elsewhere in Asia and China's increased exports of cheaper aluminium products.
"We heard that the inflows (to these ports) were still higher than the outflows in February, reflecting high level of imports," said a Tokyo-based trader, who declined to be named.
"But an expansion pace of the inventories got slower than the previous month," he said.
Aluminium stocks at three major ports rose about 9 percent each in December and January, but they increased less than 1 percent in February.
"We expect those stocks will head lower toward the end of March as some Japanese buyers have reduced purchase volume of January-March deliveries and some firms are trying to cut their inventories ahead of the end of 2014 business year," the trader said.
For many Japanese companies, the business year ends on March 31.
Chinese exports of aluminium products grew about 19 percent last year, a trend analysts expect to continue in 2015 given lower local prices compared with international markets.
Meanwhile, Japanese imports of aluminium ingots for 2014 soared 16 percent from a year earlier to 1.698 million tonnes, the highest since 2010 and imports of aluminium alloys rose 11 percent to 1.125 million tonnes, the highest since 2008.
As regional supply climbs, Japanese aluminium buyers are asking global producers to lower premiums for primary metal shipments for April-June deliveries in the quarterly pricing negotiations that have begun last month.
A major Japanese aluminium buyer has agreed to pay a producer premium of $380 per tonne for metal to be shipped in the April-June period, said a buyer source involved in the pricing talks last week.
The deal marked a 11 percent drop from a record high of $425 per tonne for the previous quarter and was the first fall in six quarters.

Japan is Asia's biggest importer of aluminium and the premiums for primary metal shipments it agrees to pay each quarter over the London Metal Exchange cash price set the benchmark for the region.
Posted by Unknown at 11:45 AM