Lead: Will it benefit from bitter cold in US, EU? 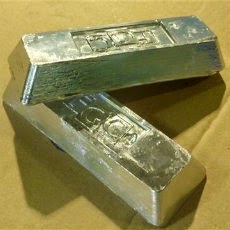 Snowstorm slammed some parts of the US, with temperatures plummeting, while central and northern Europe are expected to experience a colder winter this year. Will this extreme cold help lead prices repeat the rally seen in the last two winters?

The inclement weather in the winter of 2012 had boosted demand for ignition batteries and posed difficulty in scrap battery recycling. In response, LME lead neared a four-year high of $2,499 per tonne at the beginning of 2013. The same reason pushed the prices to a high of $2,289 a tonne in December 2013.

How about this year?

LME cash-to-3-month contango fell to $3 per tonne last Friday, its lowest this year. Meanwhile, lead stocks in LME-approved warehouses have declined more than 10,000 tonnes so far this month. Physical lead premia in Europe and US posted noticeable rise in October, according to CRU data.

On the demand side, some European ignition battery makers have reportedly begun hoarding lead ingot against expectation for a colder winter. Besides, LMC Automotives said automobile sales in the US climbed 10% year-on-year January-September, and are expected to rise 5% throughout the year.

That being said, the road to a rebound may not be so easy.

"Something to take note of is news on smelter shutdowns, a part from the bitter cold, also contributed to the jump in prices in the past two winters," said Zhu.

Moreover, a sharp rise in lead imports left lead supply ample in the US. The US imported 319,000 tonnes of refined lead in the first eight months, up 53% from a year ago. Now that traders are holding considerable stocks, goods availability in the country’s physical market will be subject to selling interest.
Posted by Unknown at 9:12 AM