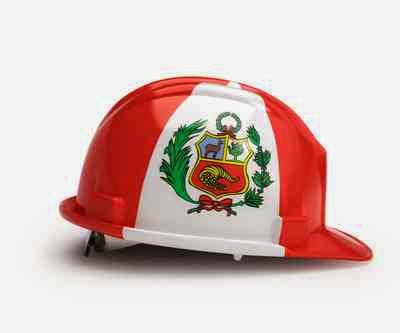 Peru will likely produce less copper this year and next than the government had forecast as big new projects face delays and output from the country's top producer has slid on lower ore grades.
Deputy Mines Minister Guillermo Shinno said on Tuesday that Peru's copper production in 2014 is now on track to rise just slightly from last year's 1.375 million tonnes.
"This year we'll reach 1.4 million tonnes of copper, almost the same as last year," Shinno told a news conference.
Next year the Andean country's copper output will rise to between 1.7 million and 1.8 million tonnes, Shinno said.
In September, Shinno said copper production in Peru would likely rise to 1.95 million tonnes in 2015 after coming in at about 1.5 million tonnes this year.
Shinno also said on Tuesday that Peru's gold production is set to fall by about 18 percent this year to around 4 million ounces, largely in line with his previous forecast.
So far this year, Peru's copper production has increased by 2.6 percent, while gold output has dropped 14.8 percent.
A slower-than-expected ramp-up at Chinalco Mining Corp's large Toromocho mine has clouded the outlook for increases in copper production.
And a planned strike at the country's biggest copper producer, Antamina, now threatens to halt the mine's output of around 30,000 tonnes per month.
Antamina has already been struggling through a phase of lower ore grades. Production at the mine fell by 34 percent in September and 14 percent in the first eight months of 2014 from the same periods a year earlier.
Antamina is owned by BHP Billiton , Glencore Xstrata , Teck and Mitsubishi Corp .
"Next year we will again have Antamina with its usual production level," Shinno said. "They are going to produce 30 percent more compared to this year."
But a major boost in copper production from MMG Ltd's  Las Bambas project in southern Peru will have to wait until 2016. Last month, the Chinese-owned miner pushed back the start date for Las Bambas to early 2016 from the second half of 2015.
Peru is the world's third biggest copper and silver producer and the fifth biggest gold miner.
Posted by Unknown at 10:09 AM