Novelis anticipates to double the production within 2018 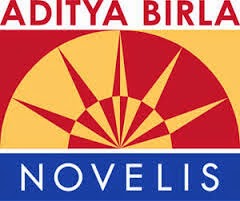 Company states that, it is to increase its production in North America from about 50,000 tons of automotive aluminum in 2013 to 260,000 tons in 2014. By 2015 the production will be increased up to 365,000 tons. The reason behind the increase in production is because; Novelis is now the distributor of Ford automotive models including the Ford-150 pick up truck.
Tom Boney, the General Manager of North American branch of Novelis says that even though the demand is very much rugged, the company is increasing the production to its full capacity.
Novelis is now at last facet of expansion worth 500 million dollars at its aluminum plant in Oswego, New York. Novelis has announced their project to recycle the scrapped aluminum Ford Motor Co.’s stamping and scrapping plant as it will help to regain the 40% of aluminum being lost in the process of scrapping and other manufacturing processes.
Both Novelis and Alcoa; the leading rivals of Novelis, have made investments in their respective North American Branch in order to supply for the production of to be launched Ford-150 pickup truck.
As the automotive producers are about to cut down the weight of vehicles in order to reach their estimated CAFÉ targets, Novelis hopes that 70% of pickups will have aluminum bodies, and 80 % of hoods and 45% of doors will be made of aluminum.
Posted by Unknown at 6:05 AM