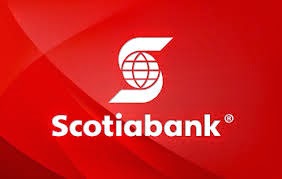 As per the latest analyst report from Scotiabank, the cyclical recovery in base metal sector is likely to result in dramatic rise in zinc and nickel prices over the next two years.
The prices of both these metals has witnessed steady rise during this year, the report noted. The zinc prices have already appreciated by nearly 17% YTD. During past month alone, the prices rose by nearly 11%. Meantime, nickel prices have rallied nearly 37% so far this year. The prices have moved to $8.64 per pound from $6.31 per pound at the start of the year.
The Scotiabank report states that both zinc and nickel are positioned well for a drastic rise, as they are already in or near to supply deficit situation. The world demand and supply balance for refined zinc will turn into deficit in 2014. World Nickel market is also most likely to shift into deficit in 2015.
Zinc prices need to elevate itself to at least $1.13 to trigger new mine development. But only higher prices of the metal could ensure ample supplies to meet the demand. The report states that the metal prices are likely to hit $1.60 towards the end of this decade.
For nickel, the report predicts the price at $10.75 in 2015. The prices are likely to rise further to $12 in the next year. The Indonesian ban on ore exports will keep the supplies tight. As a result, the prices are unlikely to drop in the next two years. The situation may see a change during late-2016 when new Indonesian facilities are expected to come online, Scotiabank noted.
Posted by Unknown at 8:20 AM

Email ThisBlogThis!Share to TwitterShare to FacebookShare to Pinterest
Labels: Base Metal Nickel, Base Metal Zinc