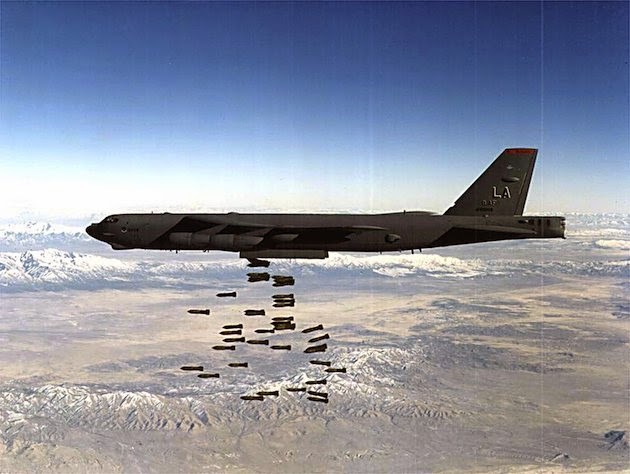 Obama in an address yesterday said that he had ordered the air strikes to prevent “genocide” by the so-called Islamic State fighters against the besieged Yazidi minority in Iraq’s north.
“I therefore authorized targeted air strikes if necessary to help forces in Iraq as they fight to break the siege and protect the civilians trapped there,” Obama said.
He did not say whether air strikes have already been carried out.
Desmond Chua, market analyst at CMC Markets in Singapore, said the development could add “significant risk premium to oil prices” as dealers worry about potential supply disruptions.
“The announcement certainly edges up the geopolitical concerns about Iraq and the Middle East region, and comes as a bit of a surprise to investors,” Chua told AFP.
Islamic State insurgents now control large swathes of Iraq’s north and west. The sweeping offensive began on June 9, preventing Baghdad from exporting oil via a pipeline to Turkey and by road to Jordan.
Iraq’s oil ministry had on July 24 said crude exports totalled 2.42 million barrels per day in June, falling far short of a budgeted projection of 3.4 million bpd.
As the number-two producer in the OPEC cartel, Iraq’s 11 per cent of proven world reserves plays a key role in world markets and prices after violence disrupted oil exports from Syria and Libya.
The dip in exports adds to the woes of Iraq, which is heavily dependent on oil revenues, while spending more on military equipment to battle the Islamic State group.
Posted by Unknown at 11:19 AM