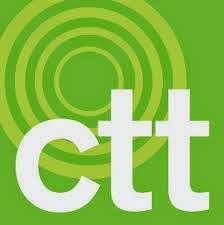 The government has added 38 more products to the list of commodities exempt from commodity transaction tax (CTT), raising hopes among commodity exchanges and a section of brokers that the Centre might favourably consider a regulatory recommendation to reduce the levy, if not withdraw it altogether, in the Union Budget. Twenty three commodities like oilseeds, raw cotton, spices, etc, were exempt from CTT, introduced in July 2013. The government has exempted 38 more commodities from the levy. Many of these, onion, seedlac, ginger, gram dal, gram husk, masur, methi, safflower, rice, paddy, sesamum, moth, small millets, etc, are either not traded or are illiquid and some like urad and tur have been banned from futures trading. However, the move drew praise from leading agri commodity bourse NCDEX and a few brokers. "....... it (the development) reflects the growing recognition and confidence in the government that markets are taking a very crucial role in the agricultural economy through our efforts such as developing smart mandis, digital e-procurement platforms for government bodies, warehousing finance at the farmer's doorstep and efficient collateral management," said Samir Shah,MD and CEO, NCDEX. Chirag Shah, head of commodities & global futures, Phillip-Capital, said the move "boosted" sentiment that the government was on the "right track" to grow the nascent commodity futures market. The development on February 10 came days after Forward Markets Commission, or FMC, which regulates the 11-year-old commodity futures market, recommended to its parent — the finance ministry —to either withdraw or reduce the levy from the current 0.01% on the seller FMC data show that volume shrank 41% to Rs 101.4 lakh crore in FY14 (Apr 2013 - Mar 2014), the fiscal year the tax was introduced on non-farm and processed farm contracts such as gold, silver, crude oil, cotton, soya oil and sugar. In the fiscal year through January 2015, volume has fallen 42% toRs 51.3 lakh crore from the same period last year. Moreover, CTT collection has been significantly lower than from securities transaction tax (STT) on stock market transactions. On MCX, the country's largest commodity exchange with 90% market share, collection in the fiscal year through December was Rs 374.35 crore against Rs 4,940 crore in STT over the same period.