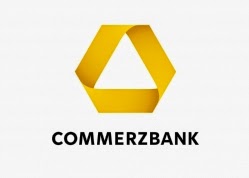 Despite falling copper prices and rising inventories, Commerzbank (ETR:CBK) is suggesting that the market for the red metal may not be as oversupplied as many believe.
In a commodity research note put out on Friday, the firm admits that copper prices fell at the end of last month to five-and-a-half-year lows on the back of pressure from falling oil prices, concern over an economic slowdown in China, rising inventories and pressure from “speculative financial investors.”
But despite all that, Commerzbank is predicting that an “unexpectedly tight market” could help copper recover — “perhaps fairly strongly given the latest price slide.”
To be sure, since the end of last year inventories on the Shanghai Futures Exchange have gone up by 55 percent, to 137,000 tonnes, while inventories on the London Metal Exchange (LME) have risen over 70 percent, to 285,000 tonnes.
On top of that, Commerzbank suggests that the red metal has been “facing headwind” from financial investors, with money managers betting on copper prices to fall on the COMEX for almost the past five months, and net long positions at their lowest since last July on the LME.
However, Commerzbank believes that the situation might not be as dire as it seems.
“In our opinion, copper has now been oversold and many risks are already priced in,” the firm states in its report. “Any shift in sentiment among speculative financial investors would no doubt contribute to significantly rising copper prices.”
Commerzbank identifies several points to support its case:
•Market tighter than it looks — According to data from the International Copper Study Group (ICSG), the global copper market was in a “seasonally adjusted deficit of 532,000 [tonnes]” for the first 10 months of last year. The organization also reported tight supplies of high-grade copper scrap.
•Surplus predictions optimistic — While the ICSG is predicting a surplus, Commerzbank isn’t so sure. It notes in its report that wage negotiations are set to take place for mineworkers in Chile, the world’s largest copper producer, and that production could be curbed if strikes occur. Furthermore, the firm points out that Codelco and Freeport-McMoRan (NYSE:FCX9) have cut investments due to low prices for the red metal, and suggests that “hardly any new projects are likely to be pushed forward at the current low prices.”
•Is Chinese demand really falling? — Despite slower economic growth, Commerzbank sees market watchers anticipating stimulus measures from China’s government. For example, as others have previously pointed out10, the country recently announced an investment of roughly $70 billion in electrical infrastructure, and that will require plenty of copper. Beyond that, Commerzbank believes that current low prices could spur demand as China’s State Reserve Bureau could take advantage of the situation to buy up copper.
Of course, Commerzbank isn’t the only entity to be making such arguments as of late. Ian Parkinson11 of GMP Securities has also said that projections for a surplus could be optimistic, and that current prices are not high enough to incentivize new production. Certainly, that could be problematic down the road.
Similarly, Lawrence Roulston12 of Resource Opportunities has admonished investors not to get hung up on short-term copper prices, and has suggested that worries of a slowdown in China could be overstated.
All in all, Commerzbank sees the “current pessimism as exaggerated” for copper, and anticipates copper rising to $6,500 per tonne by the end of 2015.
Posted by Unknown at 8:58 AM