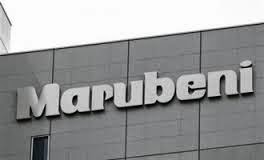 * Stocks at 3 key ports grow nearly 9 pct -Marubeni
* Breaks record set in December
Feb 17 (Reuters) - Aluminium stocks held at three major Japanese ports climbed for a tenth month to hit a record high at the end of January, as robust imports met tepid domestic demand.
Aluminium stocks held at Yokohama, Nagoya and Osaka grew 8.8 percent in January from a month earlier to 449,800 tonnes, Marubeni Corp said on Tuesday. The trading house collects data from those key ports.
That broke the previous record set in December, the highest level in data going back nearly 15 years.
"A high level of imports kept coming to Japan to look for buyers as demand elsewhere in Asia stayed slack and China is exporting cheaper aluminium products to neighbouring countries," said a Tokyo-based trader, who declined to be named.
Chinese exports of aluminium products grew about 19 percent last year, a trend analysts expect to continue in 2015 given lower local prices compared with international markets.
Meanwhile, Japanese imports of aluminium ingots for 2014 soared 16 percent from a year earlier to 1.698 million tonnes, the highest since 2010, the country's trade data showed. Imports of aluminium alloys rose 11 percent to 1.125 million tonnes, the highest since 2008.
January inventories were also inflated by the early arrival of some cargoes that were supposed to arrive in Japan in February, as well as by weak domestic demand, the trader added.
Output of rolled-aluminium products by Japanese fabricators fell 2.9 percent in December from a year earlier to 160,731 tonnes, marking a second monthly decline and reflecting slow demand of vehicles and houses, the Japan Aluminium Association said.
Japan's aluminium premiums for primary metal shipments it agrees to pay each quarter over the London Metal Exchange (LME) cash price were set at a record high of $425 per tonne for January-March deliveries, rising for a fifth straight quarter as overseas rates remained persistently high.
"Spot premiums have been below $425 per tonne in Japan due to higher inventories and as some Japanese companies want to cut their stocks by March 31, the end of the current business year," the trader said.
Posted by Unknown at 9:52 AM