Is Commodities Transaction Tax removal in the offing? 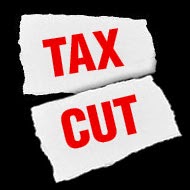 The Commodity Transaction Tax (CTT) was introduced in the 2013 Union Budget on non-agricultural commodities traded on futures exchanges.
This was based on the premise that commodity exchanges have matured; and there is no difference between stock and commodity derivatives trading.
Therefore, the very existence of Securities Transaction Tax (STT) in stock exchanges justified the CTT, as was stated during the time of the tax announcement.
Since then, and even before that, several arguments have been put forward on the differences between the commodity and the stock exchanges; but that is immaterial now as the impact of CTT on the commodity futures markets is quite perceptible in the non-agricultural segment.
The CTT of 0.01 per cent that was levied on the sale transaction of commodity futures on non-agricultural commodities from July 1, 2013 increased the cost of transaction almost six times.
The drying of the liquidity as traders deserted the market has had a compounding effect as the impact cost of trading rose, thereby making the exchange-traded commodity market costlier still. The most perceptible impact is on the hedging efficiency. That the futures market was set up for the purpose of hedging needs no reiteration.
Hedging efficiency

Hedging efficiency measures the degree to which physical market risk can be covered by taking appropriate opposite positions in the futures market. One of the good measures of hedging efficiency is given by the Ederington’s Formula.
Following this formula, the Hedging Efficiencies of four commodities traded on the largest non-agricultural commodity exchange are given in Table 1.
Despite hedging efficiency numbers being good (to the extent of being world class) during the pre-CTT phase, there has been a substantial drop in hedging efficiency after the imposition of commodity transaction tax (CTT).
Table 2 shows the decline in liquidity caused by CTT. Liquidity is measured by the Hui-Heubel Ratio, or HH Ratio; higher the number, more illiquid is the market. Table 2 shows that HH Ratio increased, i.e. liquidity dried up, for commodities in all segments: bullion, base metals and agricultural commodities between the periods before and after the imposition of CTT.
Market buzz has it that a number of large trading firms shifted their commodity trading desks overseas following the steep increase in transaction cost due to CTT.
Lower revenue

A number of corporate hedgers also are now finding hedging in global exchanges more attractive to manage their risks rather than hedging in India, notwithstanding the currency risks they encounter in hedging abroad.
Those that are not able to trade abroad possibly are shifting to the illegal (‘dabba’) markets, as trading interest is a significant function of trading costs.
Significantly, as I had argued in a co-authored paper published in the Economic and Political Weekly (“Commodity Transaction Tax: A Recipe for Disaster, EPW, September 27, 2008), even the revenue generated from CTT would be much lower than the direct and indirect revenue loss due to the lower volumes of trade.
There is a clear case of existence of a Laffer Curve (which states that tax revenues increase with initial increases in tax rates but diminishes thereafter), and the critical point might be reached at between 10 and 15 per cent volume loss.
As we might have noted by now, the volume loss is to the tune of around 60-70 per cent. Hence, there is a high chance of revenue loss than garnering revenue.
The government is contemplating creating an International Financial Centre, which will surely have to offer tax incentives to entice international traders to trade in the country.
One such policy reform should be the removal of transaction taxes such as the CTT, as they do not exist anywhere else in the world, except for Taiwan.
Policy reforms in the field of taxation in the commodity futures market is of critical significance as various taxes and levies are a significant component in the overall cost of transaction. We can look forward to the forthcoming budget now, maybe to witness such changes.