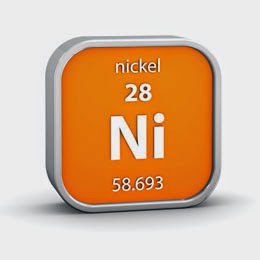 The Japanese Nickel mining major- Sumitomo Metal Mining Co. has predicted that Nickel will end in deficit during 2015, the first time in five years. The demand for the metal will outpace production by 12,000 metric tons during the year. The company predicts notable decline in supply from China. The global output of Nickel had ended in surplus of 36,000 mt during last year.
According to Hiroshi Sueta, General Manager, Sales and Raw materials Department, the ore stockpiles in China are most likely to get exhausted by mid-2015. The Chinese Nickel Pig Iron (NPI) output is likely to decline 15% year –on-year to 365,000 tons in 2015. The Chinese NPI production had dropped 4.4% in 2014. After Indonesia imposed ban on exports of processed ore, China had boosted imports from Philippines. In order to meet the excessive demand, the country also had destocked ore inventories in large quantities.
Sumitomo further anticipates the global nickel demand growth to slow down to 4% in 2015 from 7.4% in 2014. The sharp fall in oil prices have reduced the intake of the metal by energy producers for use in pipes and tanks. Meantime, the global nickel output is forecast to increase by 1.5% during 2015 to 1.99 million tons.
Meantime, LME Nickel for delivery in three months jumped higher by 1.8% to $15,165 per ton on Jan 30th.
Posted by Unknown at 8:53 AM