Commodities priced in US dollar usually have an inverse relationship to the world's reserve currency.
None more so than gold.
The gold price jumped the $1,200 barrier on Monday, but given the turmoil on markets and fears of a Lehman-magnitude crisis in the Eurozone, the metal would be expected to be trading higher than it is.

The only thing keeping it back is the stronger US dollar.

On Monday, the greenback hit the highest level since November 2005 against the currencies of major US trading partners, with the dollar index topping 92.
That compares to a record low of 71.6 in April of 2008 and a record high of 164.72 in February 1985 when the price of gold bottomed at $284.25 an ounce.
While the gold price is now back to levels seen in January last year, the dollar strengthened 13.2% during 2014, with almost all the gains coming since August.
Plotted against the greenback on the basis of the past correlation between the two, the price of gold may now be expected to be touching $1,100 as this graph from Saxo Bank suggests: 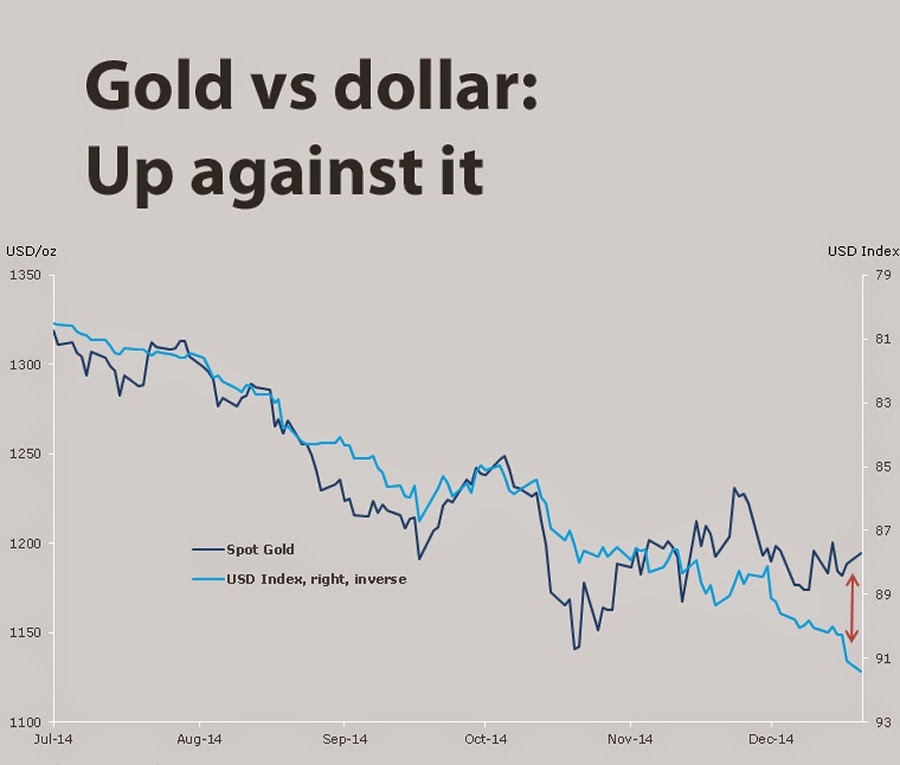