Is Aluminum The Next Commodity To Crash?

Remember that when it comes to industrial metals, two of the most notorious banks in the US, Goldman and JPM as well as the world's biggest commodity trader Glencore, tried to corner the market and became a supply-controlling syndicate a la De Beers, controlling how much metal hits the market - most notably aluminum - and creating an artificial scarcity in the process. We covered this first in 2011, but few people noticed even if the data was staring everyone in the face. 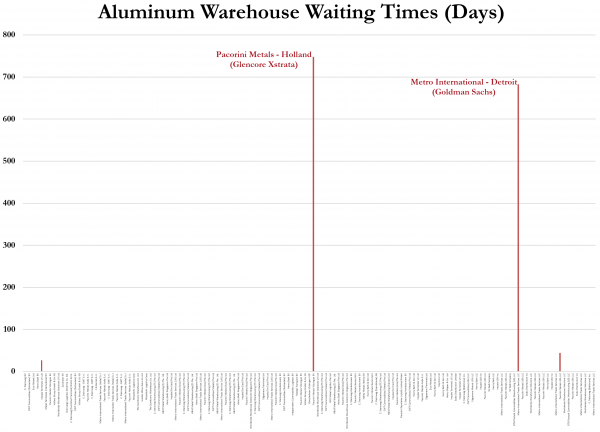 They failed, when this story became mainstream two years later following an article in the NYT which led to numerous congressional hearings, lawsuits, guilty pleas, and so on, in the process crushing the big banks' scheme to corner physical commodities. As a consequence, most banks have spun off are in the process of selling their physical commodity divisions.
However, one thing did not change: aluminum was still largely locked up in warehouse inventory, with little if anything of the underlying product, i.e., supply, hitting the market (and market price).
And as the charts below show, while copper has plunged in recent weeks, aluminum has been surprisingly stable, even though like copper aluminum is one of the key metals behind Commodity Financing Deals. 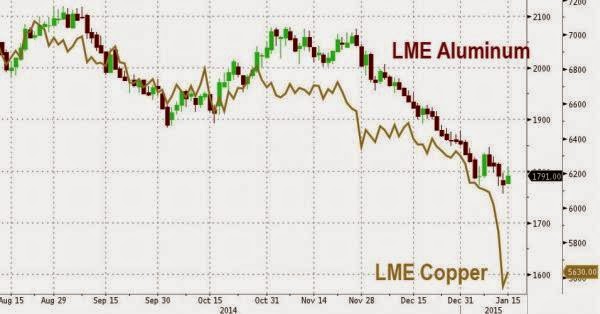 That is about to change, because according to a source at Metal Bulletin the aluminum trickle (at first, then flood) out of warehouses and into the market, is about to be unleashed.

Does this mean that the one industrial commodity which so far was spared carnage is about to be "coppered"? And if so, how many hedge funds and prop desks who have aluminum-collateralized loans will have to struggle even more to pretend they can keep pushing that margin call into voicemail forever. We expect to find out shortly.
Posted by Unknown at 9:15 AM