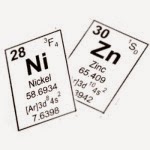 There has been a lot of bullish talk in the metals community about zinc and nickel over the past couple of years, as many insiders believe those commodities are poised for a rally. You can include Clarus Securities analyst Mike Bandrowski in that group.
He published a detailed note on Tuesday that suggests zinc and nickel have "imminent" upside and will perform very strongly over the next two years as inventories disappear.
In the case of zinc, Mr. Bandrowski noted the market is already in deficit, and that deficit should get bigger following the closures of the Lisheen and Century mines this year. He said exchange inventories have fallen by more than half over the last two years and should be at "critical" levels later in 2015.
"We believe the lack of funding in zinc mine development and exploration has now caught up with the marketplace and zinc prices will respond in 2015," he said in a note.
"Despite the broad commodity sell-off, zinc has held up quite well, likely an indication of the favourable supply/demand fundamentals."
Nickel has received more attention than zinc due to an Indonesian export ban on raw ore that was imposed a year ago, which removed about 25% to 30% of global nickel supply. The nickel price spiked following the ban, but fell back to earth as inventories dramatically increased.
Mr. Bandrowski's said the inventory spike was partly due to a well-publicized trading scandal in Qingdao, which created disruptions in Chinese nickel stockpiles. He expects inventories to trend lower in early 2015 as Indonesian stockpiles are exhausted in China, and thinks the market is heading toward deficit this year.
"We see a great opportunity for nickel in 2015," he added.
Mr. Bandrowski sees the zinc price rising to US$1.10 a pound this year and US$1.25 in 2016, while nickel is expected to jump to US$11 a pound in 2015 and US$12 in 2016. His top picks among the miners in this space include Lundin Mining Corp., Scorpio Mining Corp, Aldridge Minerals Inc. and Royal Nickel Corp. He also highlighted a few names that he doesn't cover: Talon Metals Corp., Sherritt International Corp., Tinka Resources Ltd. and Goldspike Exploration Inc.
Posted by Unknown at 9:10 AM

Email ThisBlogThis!Share to TwitterShare to FacebookShare to Pinterest
Labels: Base Metal Nickel, Base Metal Zinc