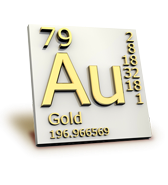 India is the world’s second-largest importer of gold,1 currently taking in around 800 tonnes per year.2 In India, gold trades at a premium to international prices because of the hefty import duties and high domestic demand.
Jayant Bhandari advises funds and institutional investors on investing in India, and has commented on India’s impact on world gold demand for Sprott’s Thoughts.
In his last contribution, he said that India’s demand for gold would not be threatened by the heavy import tariffs that the government imposed in 2013. Smuggling and bribery would undermine government measures, he said.
He was dead-on. The Financial Times reports:
“About 200 tonnes of gold was smuggled into India in 2013, according to the World Gold Council, while officials at Mumbai’s international airport have complained that smugglers have been inventing new methods to hide the contraband metal.”
Now the Indian government is reversing its efforts to curtail gold imports, and gold importers expect a drop in import tariffs to be announced in the upcoming federal budget.
Prices are coming down as a result – traders who hold gold inventories are dishoarding reserves in anticipation that import tariffs will be lower in the future, as Jayant explained in a recent note:
As a result of the expected tariff cut, gold is trading 10% higher than international prices compared to about 12% or 13% higher a month back. As the import tax is a high 11.3%, gold traded at a slight premium to the official price, but now it trades at a slight discount. The reason is that traders and jewelers are reducing their stocks — it makes no sense for them to be stuck with gold when the price is expected to come down.
But will there be a big surge of gold imports as a result of tariff cuts? Probably not, says Jayant:
Now, Western media outlets (CNBC, e.g.) are thinking that a reduction in the import duty will suddenly increase the availability and demand for gold.
Availability was never a problem. Gold continues to be a very liquid commodity in India, with almost no spread. I don't think that a few percentage points’ reduction in the price of gold will make a noticeable difference to demand. A tariff cut will not lead to suddenly higher imports from India.
Even so, gold imports will continue to be strong, says Jayant, because holding gold is a good alternative to owning Rupees, Indian stocks, and real-estate for most Indians:
I have been telling people in India to load up on gold, for three reasons.
The economy is not doing well. Foreign and Indian investors have been hoping for big infrastructural projects and a significant liberalization of the economy to occur under the new Prime Minister, Narednra Modi. But the present government has done almost nothing in that direction.
Modi is a darling of the public for now, so the market still believes he will eventually do a lot for the economy. Foreign investors are enamored of Modi for his lip service for a more free market system.
People are hoping that the next federal budget will be a magic wand, bringing adjustments that will put the economy on the growth path painlessly. The truth is that entrenched interests from his own party would never let this happen, even if this were what the Prime Minister really wanted.
India’s currency keeps falling. As of January 29, it is down 6% in US dollar terms since its high during Modi’s inauguration in May 2014. This comes despite massive help from cheaper oil, which is India's biggest import commodity. Lower oil prices have slashed India's import bill. But it hasn’t stopped the Rupee from going lower. This tells you how weak the Indian export economy really is.
People typically leave out currency devaluation when looking at stock market performance, leading them to think that the Indian stock market has done better than it has in real terms. Now, of course, it has done well, even when adjusted for the Rupee's devaluation, but in my view it is one of the most over-priced stock markets today. Remember that Indians don't have many possibilities for moving their money abroad. So they generally must invest in domestic stocks and properties.
India’s property market is extremely expensive. Your rental yield, around 3%,4 is much lower than the official interest rate of 7.75%.5 So investors are left to hope that property prices keep increasing unhindered by the reality of rents.
Based on these three reasons, I think the economy will continue to do badly and the stock and property markets will fall significantly going forward. When this happens, people will look to gold as a store of value. So in my view, gold is a good place to be if you live in India. I expect that demand will continue to be strong, although tariff changes are likely to have only a small effect.
Posted by Unknown at 8:52 AM