And so with less than 24 hours to go, the ECB has decided to leak its deliberations not only to Merkel and Hollande, but Dow Jones. To wit:
More as we see it, but if indeed this will be a program without risk-mutualization and conditional and limited burden-sharing, where the hope was that Draghi would "shock and awe" the world with the size of the bond purchasing program instead, €600 billion per year looks decidedly on the low side of any "surprise" announcement where the whisper number was for €1 trillion per year, and if indeed this is the final formulation may result in a substantial disappointment for stocks after the initial kneejerk reaction.
More from the WSJ which broke the news first, and was followed by Bloomberg and Reuters:

A proposal from the European Central Bank’s Frankfurt-based executive board calls for bond purchases of roughly €50 billion ($58 billion) per month that would last for a minimum of one year, according to people familiar with the matter.

The ECB’s executive board met Tuesday to decide on the proposal, which will form the basis of deliberations by the entire 25-member governing council on Thursday. The final number and details could change after the full board weighs in on the plan. 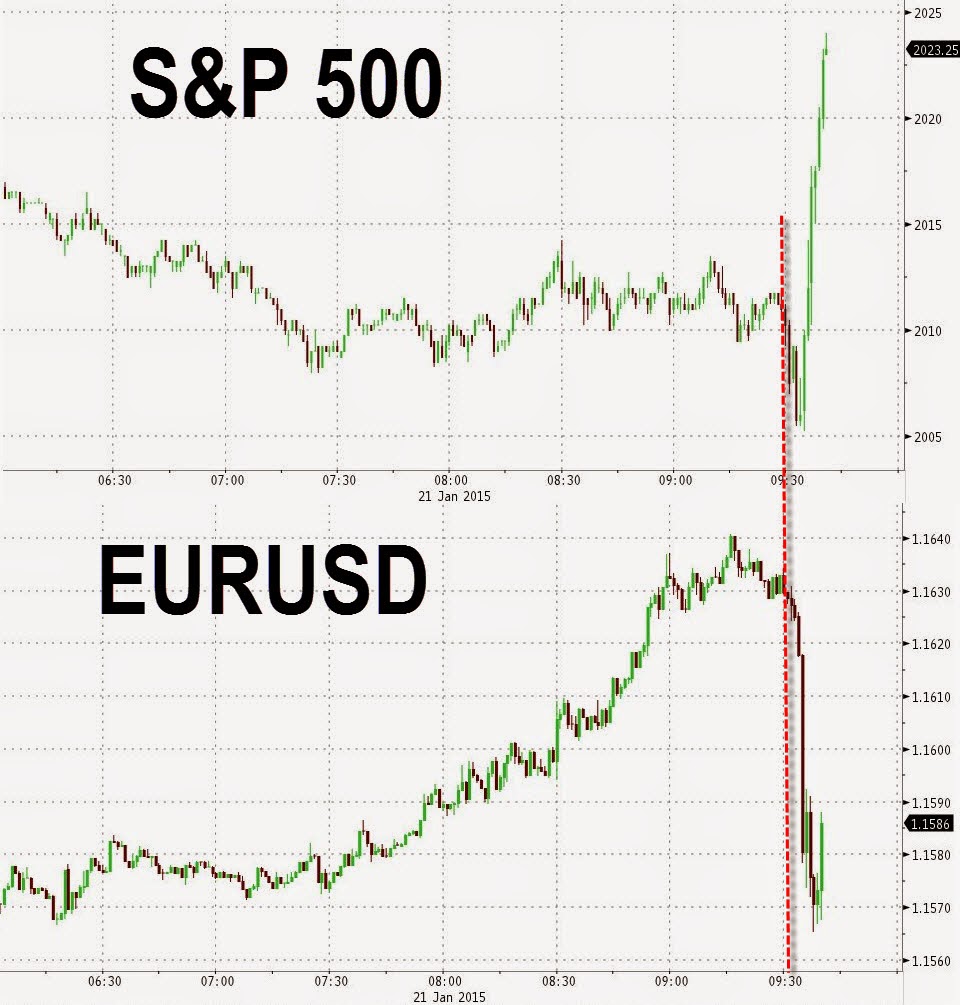