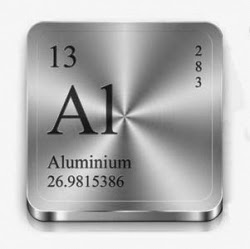 The U.S. Midwest aluminum premium will drop but remain near record highs in 2015 as warehouse queues are reduced, two analysts said on Tuesday in a panel discussion at the Platts Aluminum Symposium.
The premium , or the price aluminum users pay on top of the benchmark London Metal Exchange (LME) futures price <0#AL> for physical delivery, could fall 2-1/2 cents off the current record-high level of 24.15 cents a lb by March or April, said Timothy Hayes, principal at metals researcher Lawrence Capital Management.
Ed Meir, senior commodities analyst at brokerage INTL FCStone, said the premium would begin to fall in the second half of 2015 and would trade between 19 and 22 cents a lb.
The Midwest premium, along with regional premiums in Europe and Japan, soared to record highs in 2014 as queues to receive aluminum from LME warehouses have grown to more than 500 days due to financing deals that have drawn intense scrutiny from lawmakers and regulators.
In response to the criticism and complaints from users, the LME will implement a rule requiring that warehouses link load-in and load-out rates beginning Feb. 1.
The expected decline in wait times will pressure premiums, Hayes and Meir said, though they emphasized that other factors were just as if not more important.
A decline in Japan’s regional premium, which is currently around $110 a tonne less than the Midwest premium, would spill over to pressure U.S. markets, Hayes said, forecasting an average premium of 21 cents a lb in 2015, 18 cents a lb in 2016, and 15 cents a lb in 2017.
However, he said a widening trade deficit would underpin premiums and cause an increase in the medium term. He added that the premium could ultimately find a floor around 10 cents a lb, the cost of shipping aluminum from the Gulf of Mexico to the Midwest, a level Hayes called “a beacon of where premiums should be.”
Economic weakness around the world will hamper U.S. growth in the second half of the year, weighing on the premium, Meir said. In addition, a flattening forward price structure, coupled with major banks’ exits from physical commodity financing, will reduce the attractiveness of storing aluminum.
“I don’t know who has the deep pockets to replicate these deals assuming the spreads come back,” Meir said.
He added that surging demand from the U.S. automotive sector would prevent the premium from falling further, though the possibility that top producer China would reduce export duties on ingots remained a “wild card” and had the potential to drive premiums down sharply.
Posted by Unknown at 7:41 AM