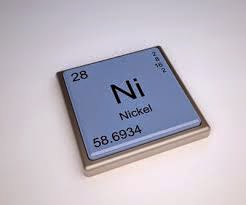 The rapid change in fundamentals led to high volatility in Nickel prices in 2014. The volatility is expected to continue in 2015, according to analyst reports.
The expectations of an interest rate hike by the US Fed and the feared slowdown in Chinese economy are the major drivers for base metal prices this year. The Nickel prices plunged almost 22% from its peak to close 2014 at $14,935 a tonne. The prices had hit its yearly high of $21,200 a tonne after the imposition of ban on exports by Indonesia. The suspension of production at the Koniambo mines in New Caledonia further support Nickel prices in 2015.
According to latest forecast provided by the London-based consultancy Natixis Commodity Markets, the Nickel prices are likely to average nearly $19,000 a tonne in 2015. This is almost 13% higher than the 2014 average price of $16,867 a tonne. Natixis believes that prices may get adequate support due to supply concerns. However, easing of such concerns would lead to drop in nickel prices in 2016. It predicts the average price in 2016 at $17,375 a tonne.
Natixis forecasts the average price for copper at $6,335 a tonne, aluminum at $2,071 a tonne, zinc at $2,523 a tonne and lead at $2,145 a tonne for 2015.
Posted by Unknown at 9:39 AM